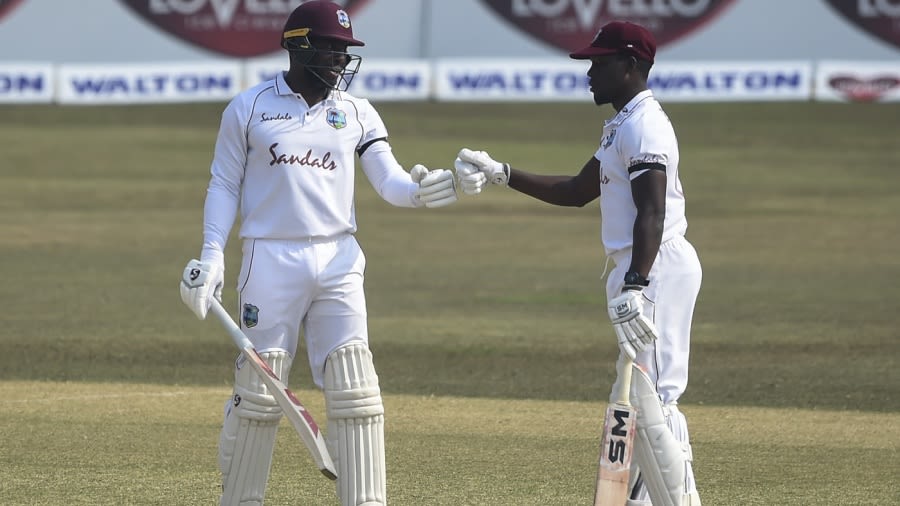 Kyle Mayers hit a Test century on debut for the West Indies on Sunday to pose a real challenge to Bangladesh in the first Test of two-match series at Zahur Ahmed Chowdhury Stadium in Chattogram.

It was the first instance of a debutant hitting a ton in Test for the West Indies after Kirk Edwards who did the same in 2011 against India.

Along with registering the ton, Mayers partnered Nkrumah Bonner to put up more than 150 runs in the fourth wicket stand.

West Indies are batting to chase down a big target of 395 runs. They have lost three early wickets at the end of day four. But coming into the fifth and last day of the game, West Indies didn’t lose any wicket in the first session.

Mayers and Booner are continuing to guide the Caribbeans to make a record as no team won against Bangladesh chasing a target of more than 317 in Bangladesh in Tests.

At the end of 88 overs of their second innings, West Indies were batting at 236 for three with Mayers and Bonner were at the crease at 107 and 66 respectively.

Earlier, Bangladesh scored 430 and 223/8 declared in their first two innings with Mehidy Hasan Miraz and Mominul Haque hit a ton in first and second innings. In reply, West Indies scored 259 in their first innings.