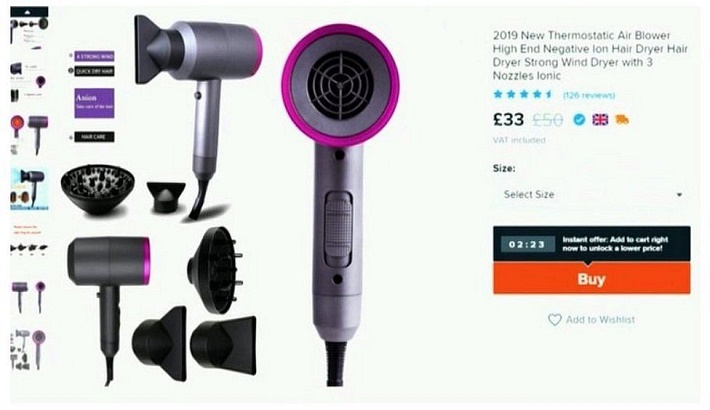 Products that could cause electric shock or fires remain for sale on Wish.com despite being highlighted in a BBC Watchdog investigation.

Hair clippers and a hair dryer were among items flagged on Wednesday. They are still available on Wish's site.

The US company's failure to remove them was "extremely concerning", the charity Electrical Safety First's chief executive Lesley Rudd said.

The dangerous items highlighted in the BBC's Watchdog programme, on Tuesday evening on The One Show, included:

-a scooter charger with an illegal clove-shaped plug

-an extension lead that can cause electric shock

-a hair dryer with an illegal clove-shaped plug

-hair clippers with a substandard adaptor

In response to the findings, Wish, which sells more than 150 million different products, told Watchdog it would "take down any products if evidence was shown to prove they were unsafe" and refund customers who had bought them.