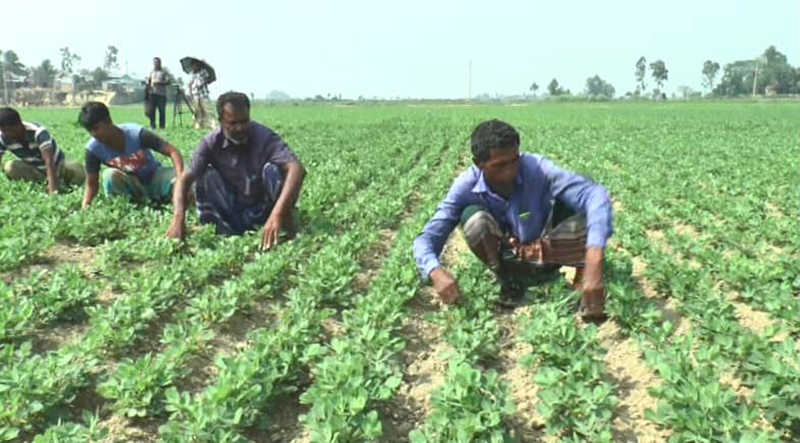 Banks disbursed Tk 120.78 billion or 46 per cent of the agricultural credit disbursement target during the July- December period of FY21.

The annual agricultural credit target for FY 21 has been set at Tk 262.92 billion.

Of the Tk 120.78 billion disbursed so far, eight state-owned banks disbursed Tk 54.41 billion while the remaining Tk 66.37 billion was disbursed by private banks.

Banks also have recovered Tk 140.91 billion of the farm credit disbursed in the first six months of current fiscal, which was Tk 115 billion in the same period of the previous fiscal.

However, the outstanding agricultural credit in the country's banking sector rose to Tk 440.89 billion in the first six months of this fiscal year from Tk 430.26 billion in the same period of FY'20, according to BB data.

BB spokesperson Serajul Islam told the Daily Sun that all the scheduled banks have been directed to gear up agriculture credit disbursement activities so that farmers can get support for crop production.

He also expressed hope that a big portion of agricultural credit would be disbursed during the ongoing Boro season.

The central bank has also asked the state-run banks to take effective measures for boosting farm credit disbursement so that the target can be met by the end of this fiscal, said Serajul Islam, also an executive director of BB.

The senior banker also said the disbursement of agricultural loans will exceed the annual target by the end of this fiscal, though several financial packages are being implemented to help revive the economy from the impact of coronavirus.