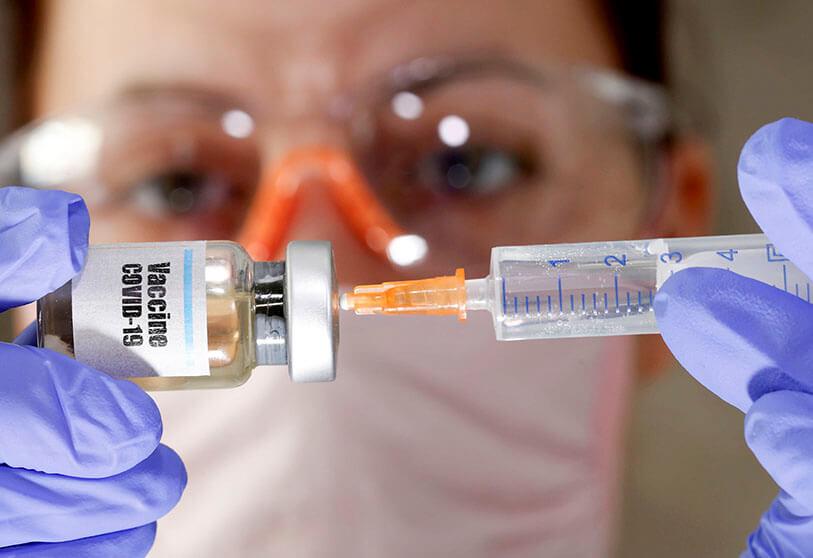 The Covid-19 vaccination programme begins today across the country with a target to inoculate 3.5 million people in the first phase.

“Some 2,400 teams will work in 1,005 hospitals under the vaccination programme starting tomorrow (Sunday),” Prof Dr ABM Khurshid Alam, director-general of the Directorate General of Health Services (DGHS), told a press conference at the DGHS headquarters in the capital  on Saturday.

He said 204 teams will facilitate the vaccination in 50 hospitals in the capital and 2,196 teams will carry out the job in 955 hospitals outside Dhaka.

“A total of 7,344 vaccination teams are ready to operate the vaccination programme across the country,” the DGHS chief added.

The DGHS chief said they have taken all the preparations for the nationwide vaccination programme.

“We don’t know how much time it will take to administer the 35 lakh doses of the Covid-19 vaccine as it will depend on the number of people registering for the vaccine,” he said.

As the unused vaccine will expire after a certain time, DGHS reduced the gap between the first and second dose to ensure the use of the vaccines the government already has in stock.

ABM Khurshid Alam said, “We will reduce the interval between the first and second dose to four weeks from eight weeks.”

According to the DGHS, around 3.5 lakh people registered for vaccine till Saturday evening.

People who registered for vaccine received text messages Saturday night confirming the date and centre for their vaccination. If anybody misses their designated date, they will be able to get their doses later on any other day, the DGHS said.

Prior to his inoculation, the health minister will inaugurate the vaccination campaign through video conferencing from the health directorate.

Home Affairs Minister Asaduzzaman Khan along with his wife will also get vaccinated at Shaheed Suhrawardy Medical College and Hospital in the capital on Sunday, DGHS sources said.

The front-liners will receive the vaccine in the first phase while people under 18 and pregnant mothers will not be given the vaccine.

The vaccine seekers can also register physically visiting the vaccine centres across the country, the DGHS sources said.

The health and family welfare ministry said the government has decided to inoculate 3.5 million people in the first month of the vaccination programme.

The country now has a stock of 7 million doses of Oxford-AstraZeneca (Covishield) vaccine, of which the government procured 5 million doses from Serum Institute of India and the rest were gifted by the Indian government.

Two doses of the Covishield vaccine will be given to each vaccine recipient in an eight-week interval.

Dr Md Robed Amin, line director (NCDC) and spokesperson for the DGHS, said “There’ll be two vaccination centres in every upazila health complex while four in district-level hospitals and eight in medical colleges or specialised hospitals. However, all centres may not start work at the same time. The vaccine centres will work as per the need,” he said.

At least 100 people will be vaccinated daily from each vaccine centre across the country, the DGHS sources said.

Each of the vaccination team is comprised of two vaccinators and four volunteers while the vaccinators include nurses, sub-assistant community medical officers and family welfare inspectors.

The DGHS has also asked not to grant leave to health workers until February 10 in a bid to ensure the smooth rollout of Covid-19 vaccine across the country.

The vaccine centres will carry out the vaccination from 9:00 am to 3:00 pm every day except Friday, Dr Md Shamsul Haque, Line Director (MNC & AH) of the DGHS, told the Daily Sun.

The DGHS has already reached vaccines to the district level and the vaccines have been kept in EPI stores.

Prime Minister Sheikh Hasina inaugurated the vaccination programme virtually when 26 front liners received Covishield vaccine in Kurmitola General Hospital on January 27. And 541 others received the vaccine in five hospitals in the capital on the next day.

A total of 567 people who received their first doses of Oxford-AstraZeneca (Covishield) vaccine were under observation for seven days.

Bangladesh plans to inoculate 80 per cent of its population and the Covid-19 shots will be administered in five stages under three phases, according to the national vaccine distribution and preparation plan.