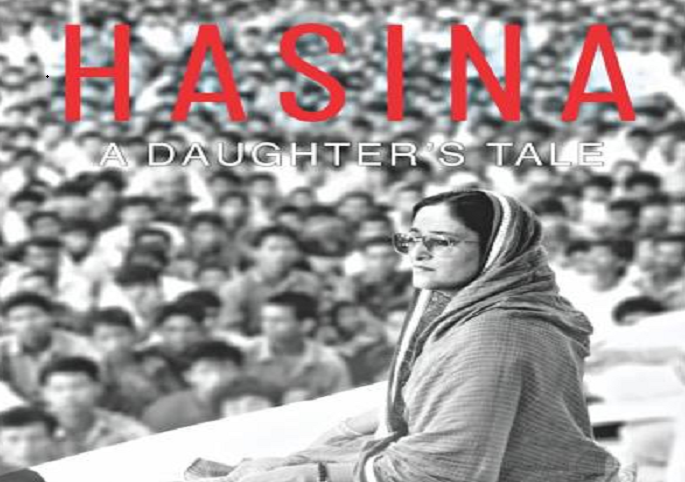 As the dawn broke on August 15, 1975, her phone rang ominously when she and her sister were at the house of a diplomat in Belgium, oceans away from her homeland.

It foreshadowed the ordeals about to dawn on her life as her father, also the Father of the Nation, Bangabandhu Sheikh Mujibur Rahman, was killed in a military coup in her homeland Bangladesh.

With the fall of the status of a president’s daughter, her host in Belgium took no time to change his mind, refusing even to offer his car to lift her to the airport.

All her life stories, the turns and twists, from that year onwards, spanning over four decades, came alive through the docufiction 2018-Hasina: A Daughter’s Tale.

As it was rescreened at Nandan-I during the inauguration of the Third Bangladesh Film Festival in Kolkata on Friday, some viewers could not hold back tears since they could relate to the story of a lady and also the land she belongs to, with which they share cultural and linguistic similarities.

This film festival was part of an array of programmes that the country’s Information Ministry and the deputy high commission in Kolkata are hosting in the city to commemorate the birth anniversary of Bangladesh’s Father of the Nation Bangabandhu Sheikh Mujibur Rahman and the 50th year of the independence of Bangladesh.

Though the docudrama continued to impress the global audience, it touched the viewers of Kolkata more since part of Sheikh Hasina’s life was spent in India and that was well portrayed in the film.

Besides, its background score was composed and the theme song sung by Debojyoti Mishra, an Indian music composer.

Bengal minister Bratya Basu and Indian foreign secretary Harsh Vardhan Shringla were present at the inauguration of the film festival.

The film — directed by Piplu Khan and produced by the Centre for Research and Information and Applebox Films — on Hasina has won international acclaim because it reflected on the untold stories of her life as the daughter of Bangabandhu Sheikh Mujibur Rahman, not as her life as the prime minister of the country.

In an attempt to get a peek into her life, the camera has followed her inside her kitchen and library.

“Sheikh Hasina’s life with all the twists and turns and her journey as the daughter of Bangabandhu Sheikh Mujibur Rahman has come alive on screen and we think all of you will like it,” said Information Minister Dr Hasan Mahmud, who inaugurated the film festival.

It took around five years to make the one-hour-ten-minute film, which captures through Hasina’s eyes the heyday of freedom struggle in Bangladesh, the capturing of her father by the Pakistani forces, and finally, the assassination of Bangabandhu and his entire family. Several commentators have called the film, narrated in her voice, a brief history of Bangladesh as Bangabandhu is at the center of the neighboring country’s history.

“Bangabandhu is an asset of both the Bengal on two sides of the border as well as that of the world… People involved in the world of art and culture on two sides of the border should come forward and collaborate in making films on Bangabandhu and the Liberation War and that would be a befitting tribute to this great man,” said Bratya Basu, science, technology, and biotechnology minister in the Mamata Banerjee cabinet.

Earlier, the film was rescreened at the 51st International Film Festival of India organised in Goa.

Reached out for comments about the film’s international tour, its director Piplu Khan said, “People had prior thought that it would be a typical narrative on the prime minister. But, it is less-explored aspects of her life that intrigued them. They were asking how we made this, why my first moviemaking venture chose this topic.”

The movie, produced by Radwan Mujib Siddiq and Nasrul Hamid Bipu of Center for Research and Information (CRI), offered the first-person narrative of Sheikh Hasina and her sister Sheikh Rehana on how the world seemed upside down when they heard the news of the assassination of their father and the entire family, how they struggled to get back to the very country whose liberation owes to their father, and how Sheikh Hasina reclaimed her space and became the prime minister.