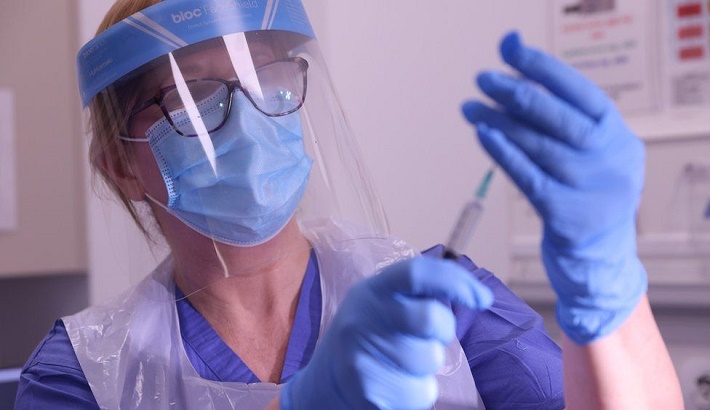 About one in three people recently given a Covid vaccine by the NHS report some side-effects.

None was serious - a common one was some soreness around the injection site, the UK researchers who gathered the feedback found.

Experts say the findings, from about 40,000 people - mostly healthcare workers - are reassuring for the millions having the vaccines now.

Some side-effects are to be expected and not a bad thing, they say.

This is not the disease itself, but the body's response to the vaccine.

Covid vaccines do not contain the pandemic virus and cannot give people the disease.

Instead, they use a harmless version or part of coronavirus to teach the body how to recognise and fight the real thing, should it need to.

The researchers asked for feedback, via an app, from people who had received at least one dose of the Pfizer-BioNTech vaccine by early January.

37% experienced some local "after-effects", such as pain or swelling near the site of the injection, after their first dose, rising to about 45% of the 10,000 who had received two doses

14% had at least one whole-body (systemic) after-effect - such as fever, aches or chills - within seven days of the first dose, rising to about 22% after the second dose

These after-effects get better within a few days.

And all of the medical trials and real-world experiences so far suggest the vaccines are safe and effective.