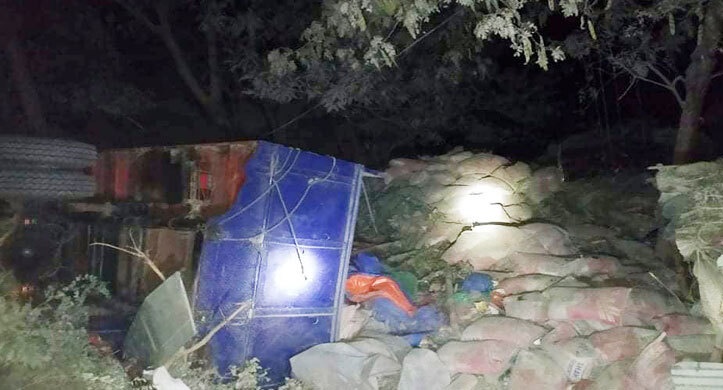 A father and his daughter were crushed to death when a truck laden with cement ploughed into their house in Sathia upazila of Pabna on Friday night, police said Saturday.

The accident occurred around 9.30 pm when 37-year-old Shah Babu, a day wager, and his family were having dinner at their home at Bhitapara. Shah and his 12-year-old daughter Brishti Khatun died on the spot.

Mohammad Asaduzzaman, officer-in-charge of Sathia Police Station, said the truck coming from the Nagarbari side crashed into the house after its driver lost control of the speeding vehicle.

"Luckily, Babu’s wife Lucky Khaun, 32 and their three-year-old son Sagar escaped unhurt," he said. "The bodies have been sent for an autopsy."

Police have seized the truck but it's driver and helper managed to flee.