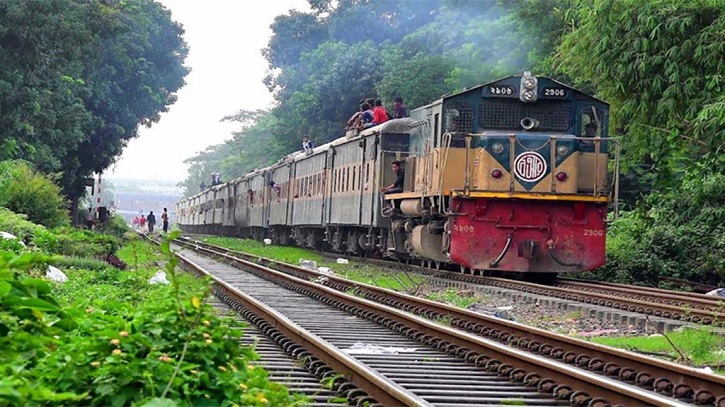 Train services between Sylhet and other parts of Bangladesh resumed on Saturday morning, 30 hours after nine tankers of an oil-laden train got off the tracks.

The train -- derailed at Maijgaon area of Fenchuganj upazila in Sylhet-- was moved from the tracks around 6:00am, confirmed Md Shakawat Hossain, assistant director (operation) of railway Saidur Rahman said.

Earlier on Friday, nine out of the 12 tankers of the train veered off the tracks around 12am, halting rail services between Sylhet and other parts of Bangladesh, said Sylhet Railway Station Manager Khalilur Rahman.

Due to the derailment, the intercity Upaban Express from Dhaka became stuck at Kulaura and the Udayan Express from Chittagong at Srimangal. Besides, three other intercity trains have been cancelled, the station manager added.

Dulal Chandra Das, substation mechanical engineer at Kulaura Junction, said over 800 metres of railway lines have to be repaired as railway slippers in the area were removed in the accident.

The oil spill caused by the derailment has caused panic in the area.

Locals were seen looting the spilled oil with jars, buckets, plastic bowls, and cooking pots. The authorities failed to control the situation despite several attempts.

A five-member probe body headed by Railway Divisional Transport Officer Khairul Islam has been formed to find the cause of the incident.

Tthe investigation report will be submitted within three days.