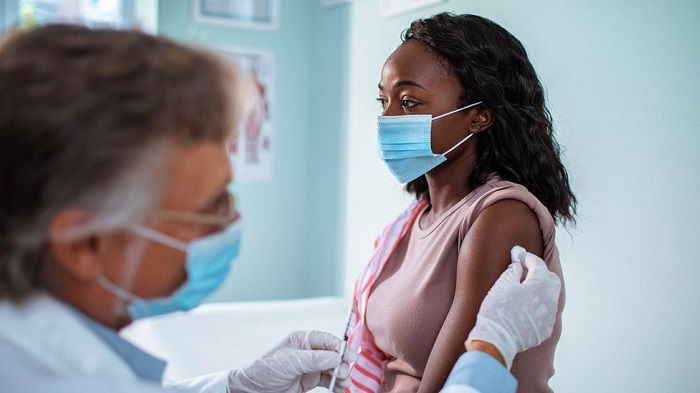 Covid vaccines being given to millions of people in the UK are extremely safe, with mild expected side-effects, says the country's drugs regulator.

It assessed safety reports from nearly seven million doses given up to 24 January - mostly with the Pfizer jab.

Some 22,820 suspected reactions were reported. Almost all were mild, such as a sore arm or flu-like illness.

This more contagious version of the virus is now dominant in much of the UK.

How worrying are the new coronavirus variants?

Oxford Scientists and AstraZeneca, like many other Covid vaccine developers, are working on updating their shots to make sure they are a good match as the virus continues to mutate. The UK Government has announced a deal with biopharmaceutical company CureVac to develop vaccines against future variants.

Vaccines are seen as the way out of the pandemic, and all of the evidence so far suggests they are safe and effective.

Side effects do occur, but overwhelmingly, are mild. They are not the disease itself, but the body's response to the vaccine. They usually get better within a couple of days, says the Medicines and Healthcare products Regulatory Agency.

Severe allergic reactions to the Pfizer/BioNTech vaccine can happen but are very rare - between one and two cases per 100,000 doses administered, experts estimate. The MHRA received received 101 allergy-related reports.

Doctors already say people with a history of significant allergic reactions to ingredients in the Pfizer-BioNTech vaccine should not receive it.

In the UK, people can report concerns after having the vaccine to the MHRA's Yellow Card scheme.

The ones received by the agency - affecting around three in every 1,000 people vaccinated - so far reveal no unexpected serious reactions, which experts say should help reassure anyone who may be anxious about getting immunised. There is strong evidence that the vaccines will save lives and prevent severe illness.

Prof Sir Munir Pirmohamed, a doctor who has been assessing vaccine safety on behalf of the UK, said: "It is extremely safe. The benefits far outweigh the risks. I say that to my family as well."

MHRA chief executive Dr June Raine said: "Safety is our watchword. It is vital that people continue to get their jab when they get the invitation."

The Yellow Card scheme is designed to pick up anything serious and some people might not report very mild symptoms.

Common reactions that may affect up to one in 10 people and typically get better within days include:

As expected when you track any population over time, there were some deaths - 143 were recorded among the millions vaccinated. This is not alarming or worrying, says the MHRA, or in any way linked to the vaccine.

It will be publishing weekly updates on all the vaccine safety data it receives.