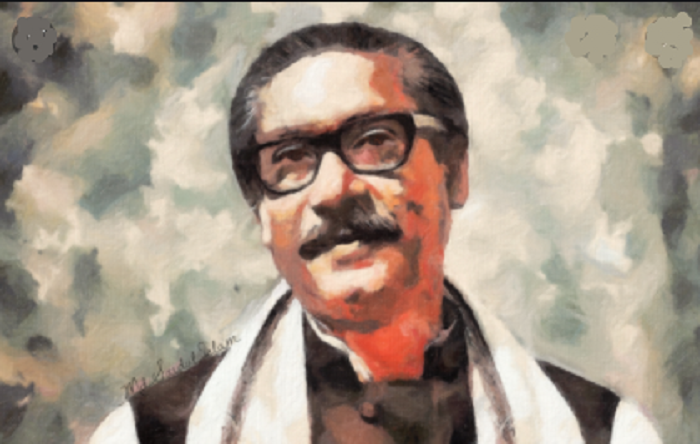 Bangladesh is on the threshold of registering its name under Guinness World Records by creating a large crop-field painting of Father of the Nation Bangabandhu Sheikh Mujibur Rahman, considering it the largest work of art in the world history ahead of Bangabandhu’s 100 years of birth to be celebration on March 17 this year.

“A largest ‘crop field mosaic’ using portrait of Bangabandhu titled ‘Shasyachitre Bangabandhu’ will be illustrated by cultivating golden and violet colored paddies on the vast areas of crop field which is used as canvas for this painting,” said Krishibid AFM Bahauddin Nasim while addressing a view exchange meeting with the Agricultural Journalists Forum at city’s Krishibid Institution, Bangladesh (KIB) here this morning.

Nasim, also chief patron and convener of Shasyachitre Bangabandhu, told the meeting that Bangabandhu had sacrificed his whole life for the welfare of the people and the art work which is for the first time in Bangladesh would present Bangabandhu before the world acknowledging his devotion for the soil and the people of the land.

The works will help the nation to celebrate the birth centenary of Bangabandhu Sheikh Mujibur Rahman in an artistic way, he added.

The crop field mosaic, length of 400 meters and 300 meters width covering an area of 1,20,00 square meters or 12.92 lakh square feet, will be the world largest portrait on 100 bighas or over 20 acres of crop field canvas after the China with an area of 8,55,786 square feet, according to the latest Guinness World record.

Bangabandhu’s face appearance will be displayed on the crop field during various cropping stages from crop transplantation to harvesting of paddy. The layout of the portrait of Bangabandhu has already been completed and the seedlings will be transplanted in a planned and artistic way on the outlay of the portrait.