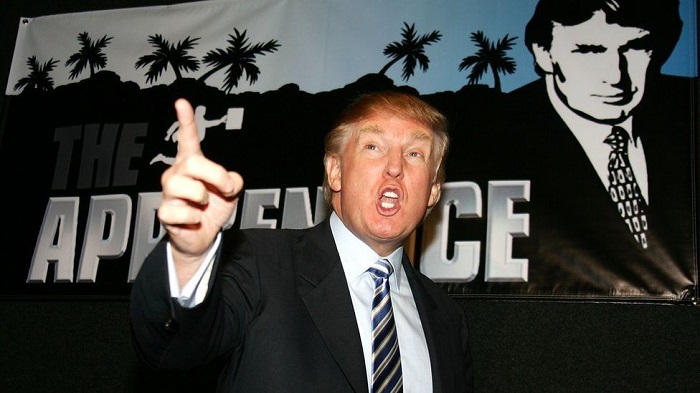 Donald Trump has quit America's Screen Actors Guild after it launched a disciplinary hearing into him, citing the US Capitol attack.

"Who cares!" the former US president wrote in a letter, adding that the union had "done nothing for me".

"Thank you," was the Guild's brief response.

Mr Trump has appeared in a number of films, including Home Alone 2 and Zoolander. He also hosted the US version of The Apprentice TV show.

Last month, the Screen Actors Guild-American Federation of Television and Radio Artists (SAG-AFTRA) said its disciplinary committee would meet to decide what action should be taken regarding Mr Trump's role in the Capitol riot in Washington DC on 6 January.

Five people died and dozens were injured during the pro-Trump siege.

"Donald Trump attacked the values that this union holds most sacred - democracy, truth, respect for our fellow Americans of all races and faiths, and the sanctity of the free press," said SAG-AFTRA President Gabrielle Carteris.

"There's a straight line from his wanton disregard for the truth to the attacks on journalists perpetrated by his followers," she said.

SAG-AFTRA represents about 160,000 actors, journalists and other media professionals in the US.

Mr Trump, a Guild member for more than 30 years, was expected to be expelled at a forthcoming disciplinary meeting.

The union shared his resignation letter, which was addressed to its president, a former star of Beverly Hills, 90210, on its website.

"I write to you today regarding the so-called Disciplinary Committee hearing aimed at revoking my union membership. Who cares!" Mr Trump wrote.

"While I'm not familiar with your work, I'm very proud of my work on movies such as Home Alone 2, Zoolander and Wall Street: Money Never Sleeps; and television shows including The Fresh Prince Of Bel-Air, Saturday Night Live, and of course, one of the most successful shows in television history, The Apprentice - to name just a few!"

Mr Trump added that he had "greatly helped" the cable news business, which he described as a "dying platform with not much time left" before he took to politics. He then branded the disciplinary action a "blatant attempt at free media attention to distract from your dismal record".

On 13 January, Mr Trump became the first president in US history to be impeached twice, after the US House of Representatives accused him of encouraging violence with false claims of election fraud.