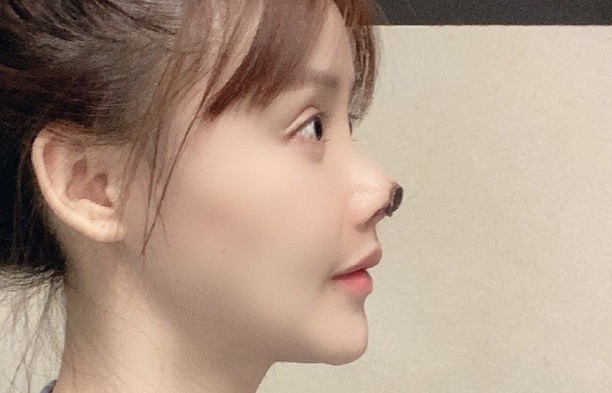 A Chinese actress has warned about the dangers of cosmetic surgery by sharing pictures of her damaged nose after a procedure went wrong.

Gao Liu is a singer and actress who has starred in multiple films and TV programmes, and has been seen as something of a rising star. But she has fallen out of the limelight in recent months.

Posting on the popular social media platform Sina Weibo, she explained her months-long absence was due to a "cosmetic surgical incident", which has left her with necrosis of the nose, meaning the tissue at its tip has died.

Ms Gao shared images with her five million followers, igniting discussions about cosmetic surgery, which is extremely popular in China.

She said that in October a friend of hers introduced her to a plastic surgeon at a clinic in the southern city of Guangzhou. 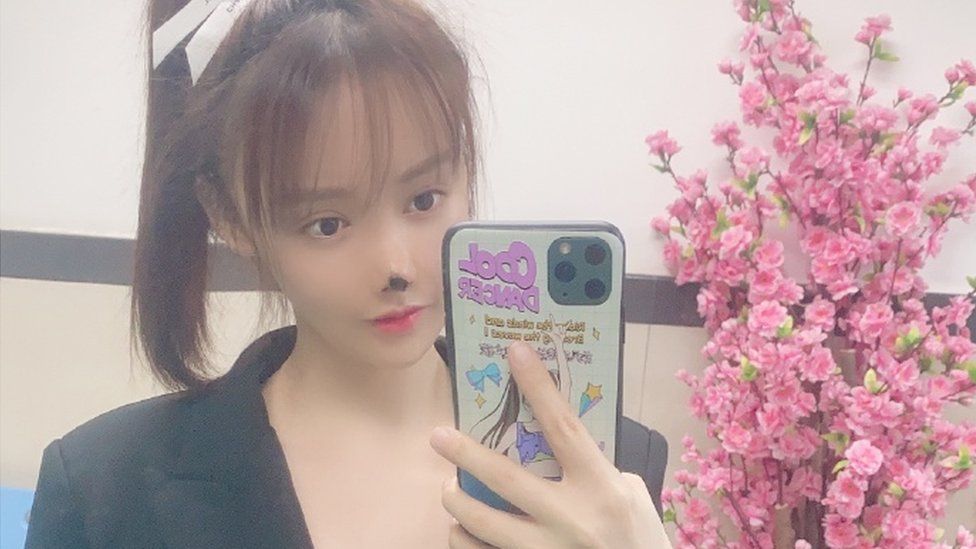 The actress said she decided to go ahead with surgery on her nose due to suggestions she "get a slight trim", and she thought that this would help boost her career.

"The entire procedure lasted four hours. I thought that in these four hours, I would be made more beautiful," she told her followers.
"I didn't expect these four hours to be the beginning of a nightmare."

She said that following the procedure, her nose felt "irritated and tingly" and then became repeatedly infected, even though she was told she would be able to go back to work by December or January.

"The skin on the tip of my nose… became darker and darker, and my nose became necrotic," she said, adding that she had thoughts of suicide.

She said that it will not be possible to have follow-up, reconstructive surgery for at least a year, due to the extent of the damage.
Popular news website The Paper has shared public data from the Tianhe District Health Bureau in the city, showing the clinic where Ms Gao was treated had already received five administrative penalties between March and October 2020. It is unclear what rules it had breached.

A number of complaints have been made to the bureau about the clinic since Ms Gao posted shared her experience, according to The Paper. An investigation is ongoing.

On social media, some people have called for those involved in Ms Gao's procedure to be held responsible. Others have demanded better regulation in China's cosmetics injury at large.

Cosmetic surgery has been popular for years in China - to the extent that in 2004, the country hosted a beauty pageant specifically for those who had gone under the knife.

Procedures are particularly prevalent among young people. The South China Morning Post newspaper said in 2019 that nearly two-thirds of the 20 million people who underwent procedures the previous year were under 30, and "one in five were post-millennials", under the age of 21.

The paper said that many high-school graduates chose to "go under the knife before starting university, believing it will improve their chances at work and in love".

But the growing demand for procedures has led to clinics operating without certificates or hiring unqualified surgeons.

It is unclear what the situation was at the clinic Ms Gao visited.

China's State Council said in April that it had "detected signs of a rise of violations" across the country and reiterated the necessity for operations to be carried out by "licensed medical staff".

But, as the Global Times news site notes, many Chinese citizens regard the existing regulations as "chaotic", not to mention difficult to clamp down on, given that in 2019 "the number of unqualified plastic surgery clinics exceeded 60,000… six times that of regular clinics."