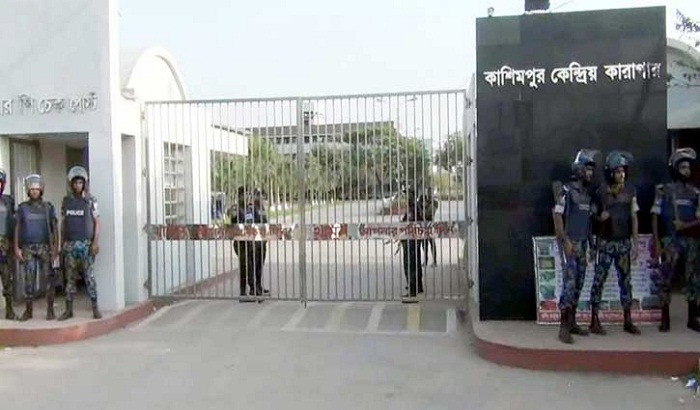 The authorities have sacked the senior jail superintendent and a jailer of Kashimpur Central Jail-1 for allowing an inmate to spend time with a woman at a prison officer's room.

Confirming the news, senior secretary of Home Ministry's Security Service Division Md Shahiduzzaman said that the ministry took the step against the duo after finding proof of their involvement in the incident.

IGP (prisons) has been asked to take steps against other accused if found guilty, Md Shahiduzzaman added.

A letter was sent to jail division from home ministry on Thursday in this regard.

Earlier, they were withdrawn from their duties for the sake of investigation.

While visitors are not allowed during the pandemic, Tushar used the help of the prison officials to meet the woman in jail.

The incident, which took place on January 6, was recorded by the CCTV camera at the jail's main gate, with the footage later going viral on the internet.

Tushar is serving a jail sentence over a Tk 25 billion scam involving the Hall-Mark Group.