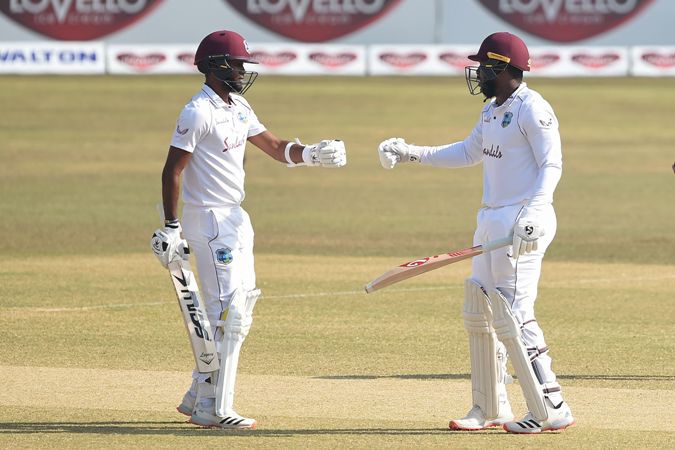 Skipper Kraigg Brathwaite smashed a fifty but Bangladesh spinners struck back to halt the West Indies' progress in the first Test in Chittagong on Friday.

The visitors reached 189-5 by lunch on the third day replying to Bangladesh's first innings total of 430 runs, with Brathwaite top-scoring with 76 off 111 balls.

Jermaine Blackwood remained unbeaten on 34 at the break alongside Joshua Da Silva, 12 not out.

Resuming on 75-2, West Indies suffered a blow in the first ball of the day when left-arm spinner Taijul Islam removed Nkrumah Bonner for 17.

Taijul spun the length ball sharply to take the outside edge of Bonner, who attempted to defend but ended up giving a catch to Najmul Hossain at first slip.

Brathwaite and debutant Kyle Mayers put on 55 run for the fourth wicket before an error of judgement cost the West Indies skipper his wicket.

Brathwaite wanted to leave the ball from Nayeem Hasan but it spun more than he expected, smashing onto his off-stump.