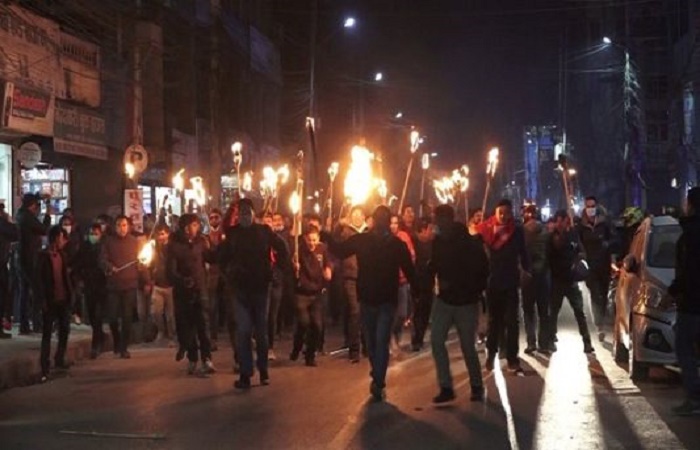 Splinter group led by Dahal and Nepal on Wednesday unveiled their new protest plans as per which they have called for a general strike on Thursday. The NCP rival faction also has opposed the government's move of administering the oath of office and secrecy to newly appointed members of various constitutional bodies.

Following the dissolution of parliament, the newly appointed members of constitutional bodies took an oath of office and secrecy without a parliamentary hearing.

This comes after the rival faction of the ruling NCP party removed Oli from the party, amid increasing political unrest following his decision to dissolve the lower house of the Parliament.

Meanwhile, after dissolving the Parliament, the PM also proposed elections on April 30 and May 10, 2021.