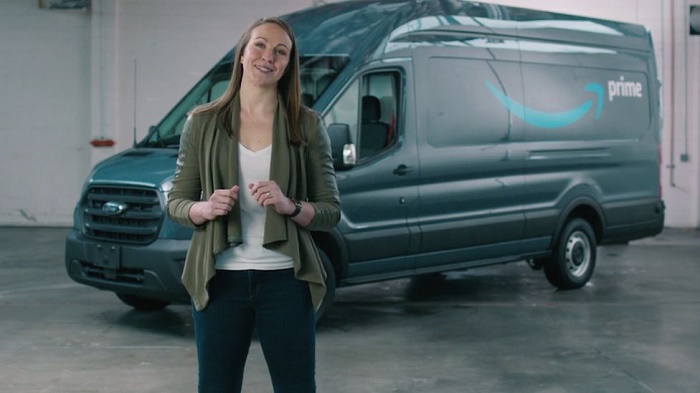 Amazon has begun using AI-powered cameras in delivery vans that constantly record footage of drivers and upload any mistakes they make.

The firm says it is an investment in safety but privacy campaigners described it as "surveillance".

The cameras will be on all the time but will only upload footage for 16 actions, including hard braking, driver distraction and drowsiness.

One person told CNBC the system was even triggered by the driver yawning.

The Kentucky-based driver said if someone yawns, they will be told to pull over for 15 minutes.

In a statement, Amazon told the BBC: "We are investing in safety across our operations and have rolled out a number of resources to provide delivery service partners with information to help them keep drivers safe when they are on the road."

The system, which Amazon has begun to install in delivery vehicles in the US, was explained in a video posted to Vimeo by Karolina Haraldsdottir, a senior manager of what is known as last mile safety.

Driveri is designed by Californian start-up Netradyne, a transportation company which merges video and AI.

The system has four high-definition cameras which can recognise "good driver habits" as well as bad, Ms Haraldsdottir says. One camera points at the driver, one on the road and two on either side of the vehicle.

The video shows a driver looking at a mobile phone, and the system then issuing a verbal warning about driver distraction.

In a Reddit group for drivers, one commented: "Big Brother in the sky wants to watch us now. I'm praying they pay us more since they want to watch every single mistake we may make."

She said the firm would face a serious backlash if it attempted "Big-Brother-style staff spying" in the UK.

A spokesperson for the GMB union said: "Rather than gimmicks, Amazon's new CEO should invest in making work safe for all Amazon workers and drivers.

"The idea of robot cameras now keeping watch on downtrodden delivery drivers is like something straight out of a dystopian George Orwell novel."

Amazon has this week agreed to settle allegations that it cheated some drivers out of tips. Under a deal with the US Federal Trade Commission, it will pay out approximately $62m (£45m).