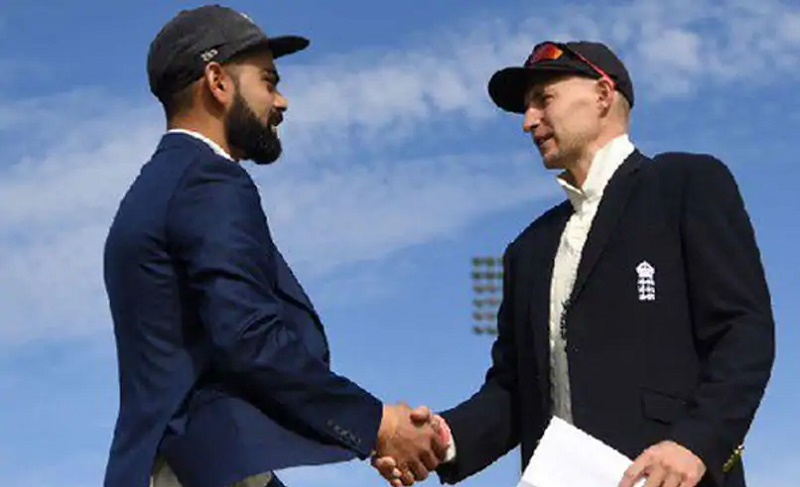 England skipper Joe Root won the toss and elected to bat in the opening Test against India on Friday, his 100th five-day match.

Ben Stokes, Jofra Archer and Rory Burns return to the team in Chennai after making it back to the squad for the four-Test series.

Root, who made his debut during England's series win in India in 2012, said they are confident after their 2-0 Test sweep in Sri Lanka.

"I do enjoy playing cricket in India," said the 30-year-old Root.

"I am looking forward to a great series. We have to play at our best and we are very confident."

For India, Virat Kohli returns to lead the side after missing most of the Australia Tests, which the tourists won 2-1, on paternity leave.

Left-arm spinner Shahbaz Nadeem makes the team after being added to the squad on Friday morning in place of Axar Patel, who was ruled out with a knee injury.

"It was an amazing phase for us, having a child is an amazing feeling and combined with the way the team played in Australia," said new dad Kohli.

"We are not thinking about the Test championship at the moment, just take one game at a time."

The Test is India's first home international since the South Africa one-day series was abruptly cut short due to rising coronavirus cases in the country in March last year.

The series will decide who plays New Zealand in the final of the inaugural world Test championship.

The match will be played behind closed doors but fans to be allowed into the second clash in Chennai.