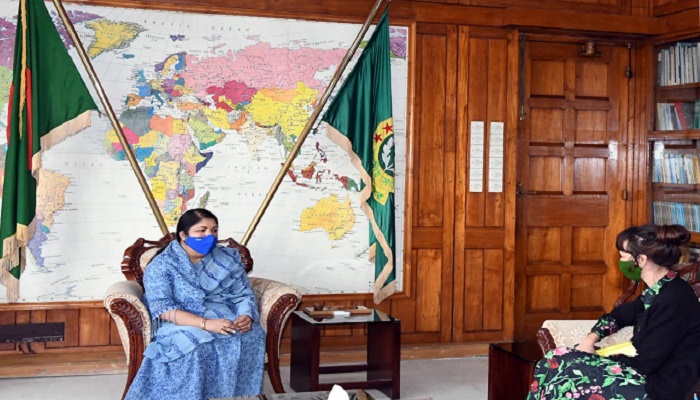 The meeting took place at Shirin Sharmin’s office at the Jatiya Sansad premises on Thursday.

Terming Bangladesh’s relations with Sweden antique, Speaker told the diplomat that the bilateral ties will be augmented in the future.

Recalling 24 years of movement of Bangabandhu for establishing right of people, the Speaker said his daughter and Prime Minister Sheikh Hasina has got pace of country’s development and economic activities unaffected by his time-befitting steps amid corona pandemic.

Prime Minister Sheikh Hasina’s timely steps have resulted in lower mortality rate in Bangladesh, said Shirin adding that the government is working relentlessly to expedite supply of vaccine across the country.

Bangladesh deserves appreciation for unprecedented socioeconomic growth which is expected to continue in the future, she said.

The government of Sweden will be always with Bangladesh in its forward journey, she added.