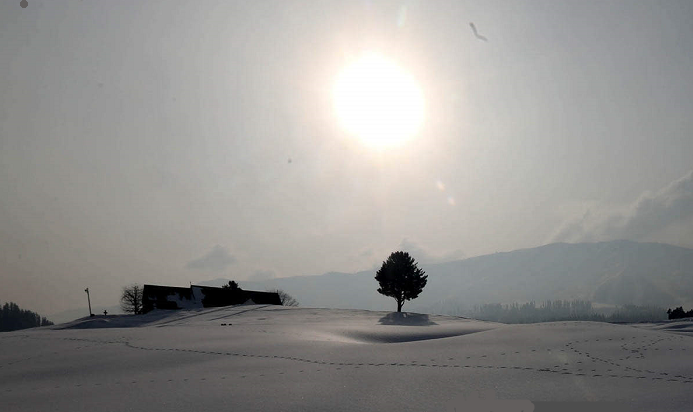 "On October 26 (1947), the Pakistforces captured Baramulla where only 3,000 survived out of 14,000. The troops were now only 35 miles from Srinagar when the Maharaja (Hari Singh) sent his papers of accession to Delhi asking for help": these are the excerpts from a recently published book, Raiders in Kashmir, penned by Major General (retired) Akbar Khan of Pakistan.

The book released decades after Pakistan's Operation Gulmarg in Jammu and Kashmir admits to the role of Pakistan in the conflicts in the valley.

Giving out minute details of Pakistan's aggression in Kashmir, he said that the crisis was hatched and formulated in Lahore and Pindi.

The author wrote that at the beginning of September 1947, he was asked by Mian Iftikharuddin, then a leader in the Muslim League (the ruling political party) to prepare a plan to take over Kashmir.

"Ultimately, I wrote a plan under the title of "Armed Revolt inside Kashmir". As open interference or aggression by Pakistan was obviously undesirable, it was proposed that our efforts should be concentrated upon strengthening the Kashmiris themselves internally -- and at the same time taking steps to prevent the arrival of armed civilians or military assistance from India into Kashmir," Khan said.

Giving proof of top leaderships' role in the crisis, he said, "I was called to Lahore for a conference with the prime minister of Pakistan Mr Liaqat Ali Khan. On arrival there, I first had to attend a preliminary conference at the Provincial Government Secretariat in the office of Sardar Shaukat Hayat Khan who was then a minister in the Punjab government. I saw copies of my proposed plan in the hands of some..."

"On October 22, the operation began with Pakistani forces crossing the border and attacking Muzaffarabad and Domel on October 24 from where the Dogra troops had to withdraw. The next day these troops moved forward on the Srinagar road and again took on the Dogras at Uri... On October 27, India intervened and sent troops to Kashmir," he wrote.

Meanwhile, on the evening of October 27, Pakistan Prime Minister held a conference at Lahore to consider the situation arising out of Kashmir's accession and India's military intervention.

"The Prime Minister held an unofficial conference at Lahore to consider the situation arising out of Kashmir's accession and India's military intervention. At this conference, among others, were also present Colonel Iskander Mirza (then defence secretary, later to be a governor-general), Chaudhri Mohd All (then secretary-general, later to be a prime minister), Abdul Qayyum Khan, then chief minister of the Frontier Province and Nawab Mamdot, then CM of Punjab. Brigadier Slier Khan and I were also invited," the author wrote.

He further said, "At this conference, I proposed that an attempt should be made to liquidate Jammu in order to block the only road, along which India could send reinforcements into the valley and the rest of Kashmir. I did not suggest that troops be used for this purpose or that the government should get involved in this. I suggested only that tribesmen may be allowed to make the attempt. I thought that three lashkars of a thousand each should be used."

In the book, he also testified that the Pakistani Army had worked with the tribal forces in various incursions in Kashmir.

After being appointed as the military adviser to the prime minister, on October 28, 1947, he had "rushed back to Pindi to ensure that the tribesmen received their ammunition in time".