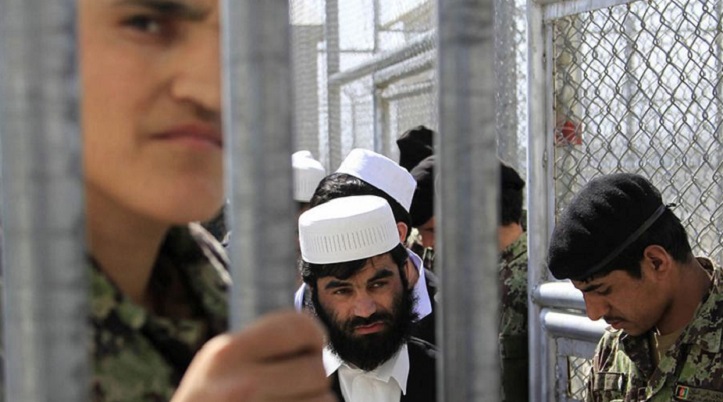 Almost a third of people detained for security or terrorism-related offences in Afghanistan have been subjected to torture or other forms of ill-treatment, according to a UN report published on Wednesday.

The report - jointly published by the UN Assistance Mission in Afghanistan and the Office of the UN High Commissioner for Human Rights - covers the period from 1 January 2019 to 31 March 2020.* It is based on 656 interviews with men, women and children suspected, accused or convicted of security or terrorism-related offences held in 63 detention facilities across Afghanistan.

While the percentage of detainees claiming to have been tortured has decreased slightly compared to the previous monitoring period (2017-2018), the figure remains alarming, with 30.3 per cent of those interviewed saying they had been subjected to such treatment.

Torture is prohibited under both international and Afghan law and can never be allowed or justified under any circumstances, says the report.

The report also highlights that procedural safeguards for detainees are rarely followed. In almost no instance, were detainees informed of their rights or able to access a lawyer prior to questioning. Few received a medical examination or were able to contact their family in the early days of their detention.

Alarmingly, nearly half were asked to sign or place their thumbprint on a document without knowing its content, rendering the validity of the prosecutorial process questionable, according to a UN press release received here from Geneva.

The report highlights that the failure to implement these procedural safeguards has resulted in the recurrence of the practice of solitary and incommunicado detention in the National Directorate of Security.

Effective implementation of procedural safeguards would contribute to reducing instances of torture, stresses the report. It would also increase people’s confidence in public institutions, especially law enforcement, and the rule of law more generally.

Of further concern are the continuing reports of enforced disappearances allegedly linked to the Afghan National Police in Kandahar. These need proper investigation   and those responsible should be held accountable.

While recognising the steps taken by the Government of Afghanistan to prevent torture in places of detention, the report highlights that more needs to be done through a series of recommendations. These include measures to increase the capacity, resources, and training of law enforcement agencies.