A quarter out to destabilise country 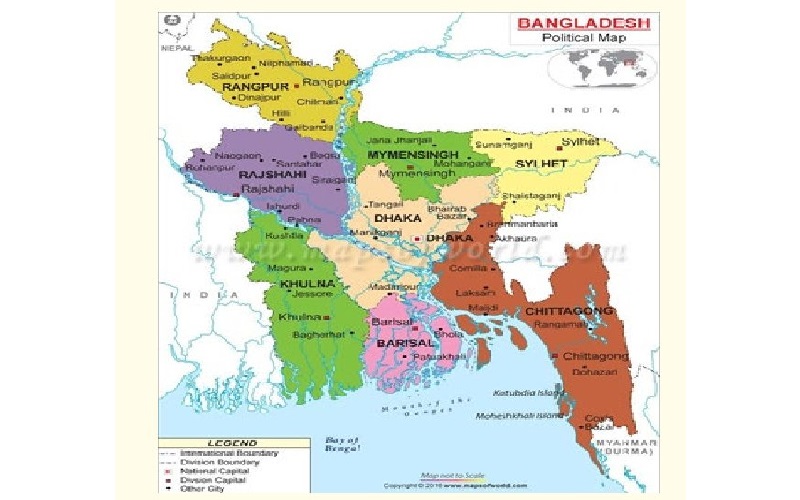 When Bangladesh is marching rapidly towards massive development and on the way to surpass Malaysia, Singapore and Hong Kong by 2024 in terms of economic growth, a politically motivated vested quarter has been out to destabilise the country by hampering its extraordinary advancement.

Notorious individuals associated with extremist group Bangladesh Jamaat-e-Islami, which has been opposing the progressive and secular principles of Bangladesh since its birth as an independent nation in 1971, have once again become active after being envious of the development spree under the dynamic leadership of Prime Minister Sheikh Hasina.

A recent global report released by the Centre for Economics and Business Research (CEBR) said Bangladesh’s economy will surpass that of Malaysia, Hong Kong and Singapore with its presence as the 30th largest economy in the world by 2024.

The anti-Bangladesh propaganda is being orchestrated by a few convicted absconding criminals and discredited individuals patronised by Jamaat, which on certain occasions conspired with international extremist groups and media outlets, especially Al Jazeera, which once again published a false and defamatory report titled “All the Prime Minister’s Men”.

The malicious Al Jazeera report was released at a time when the international community is lauding Bangladesh as it holds “lessons” for many big countries to build specialisation in different sectors.

A top diplomat of a developed country recently commented that Bangladesh would take its place on the world stage once the third terminal of Hazrat Shahjalal International Airport, Metro Rail and Matarbari Power projects are implemented.

In particular, the ambassador said, Matarbari will be like a modern Singapore as maritime communications of the country will get a new dimension.

London-based think tank CEBR, which published the World Economic League Table 2020 on December 26 last, said Bangladesh is set to become the world's 26th largest economy within the next decade.

In a surprising note, the report predicts that in 2024, Bangladesh will rank as the 30th largest economy in the world, overtaking Malaysia's rank of 32nd that year. Bangladesh's economy ranked 40th largest in 2020 while Malaysia’s 34th.

A number of foreign diplomats stationed in Dhaka and Bangladeshi economic experts have commented that any such false, defamatory, misleading information, malicious designs or conspiracy can daunt the forward march of Bangladesh.

The patriotic people of Bangladesh, who are now enjoying full freedom, economic development, modern infrastructure and welfare-oriented programmes of the government, will foil any attempt to create instability by hampering the ongoing extraordinary socioeconomic development and progress.