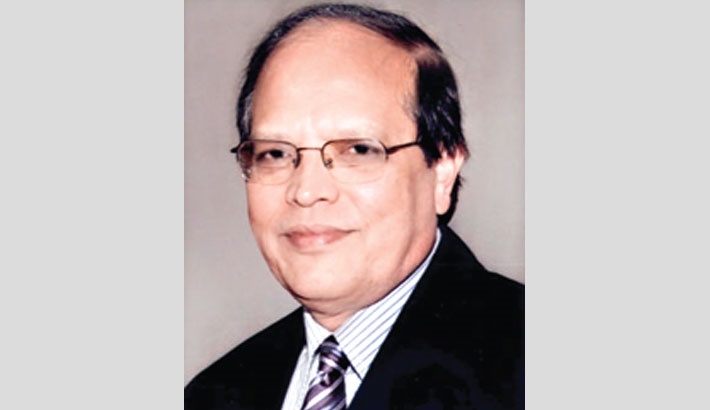 Following the sudden postponement of the inaugural session of the Constituent Assembly on 1st March 1971, Bangabandhu gave a massively successful call for non-cooperation with the Pakistan government. His historic speech on March 7 at the Race Course Maidan to a mammoth crowd sent a red signal to the ruling clique of Pakistan.

This skilfully worded speech by Bangabandhu was nothing short of declaring independence for Bangladesh. President Yahya Khan rushed to Dhaka on March 15 with several advisers, both civil and military, apparently to negotiate with Bangabandhu and his team to calm down the situation which was going out of their control.

Yahya’s attempt at the discussion was a clever move to divert the attention of the leaders of the Awami League, which allowed him to build up West Pakistani military strength behind the scenes. This too was a part of a well-planned conspiracy. In fact, troops had been flying in as early as February as Professor Rehman Sobhan writes, “Our concern that a conspiracy was afoot were aggravated by the sudden appearance of military bunkers, posted with automatic weapons, which suddenly greeted Dhakaites as they drove past Dhaka airport one morning in mid-February” (‘Untranquil Recollections’, SAGE Publications, 2016, p. 324).

Robert Payne has also quoted Yahya Khan in his book, “Kill three million of them, and the rest will eat out of our hands” (Payne, Robert, ‘Massacre: The tragedy at Bangla Desh and the phenomenon of mass slaughter throughout history’, The Macmillan Company, First Print, 1973, p.50).

Despite the ongoing agitation of the people of East Pakistan, Bangabandhu showed maturity and flexibility in continuing discussions with Yahya Khan and his team with the hope of reaching a political settlement. Bhutto had also come to Dhaka on 21st March and joined the discussions. Bhutto was, of course, one of the masterminds behind the genocide that took place on the night of 25th March. In January, when Barrister Amirul Islam tried to tell Bhutto that agreeing on a constitution was required if they wanted to put an end to the military government, Bhutto had replied, “Don’t forget Amirul Islam that I got the largest number of votes in the cantonment” (Interview of Amirul Islam, Mostofa, Golam (on behalf of Ministry of Information), ‘History of Bangladesh War of Independence Documents’, Vol-15, Hakkani Publishers, 2nd reprint, 2009, p. 52). Indeed, he was in the thick of the conspiracy spearheaded by the military and civil elites to deny the victorious Awami League the opportunity to rule the country.

The Awami League leaders had expected General Pirzada to convene the final session of the discussions on 24th March to conclude the negotiation. However, on 25th March they came to know that M.M. Ahmed and Justice Cornelius had already left East Pakistan (Sobhan, Rehman, ‘Untranquil Recollections’, SAGE Publications, 2016, p.337). On the other hand, at around the same time a supply ship carrying military personnel, arms and ammunition had reached the coast of Chittagong. On the evening of 25th March when Bangabandhu came to know that his co-leaders had not heard back from the West Pakistanis, he realised that there was no hope for a peaceful settlement anymore. He then advised the high command to leave Dhaka immediately and organise the resistance against the occupying forces. He, however, was adamant about not leaving his house despite the visible risk to his life. He said, “If they want to kill me, they will have to kill here in this house” (Wazed Mian as quoted in Karim, S.A., ‘Sheikh Mujib: Triumph and Tragedy’, UPL, revised edition, 2009, p. 194). Barrister Amirul Islam narrated that when he and Kamal Hossain visited Bangabandhu at his residence, he was having his meal. They had requested him to reconsider his decision and flee. Bangabandhu, however, did not want to leave his house as it would endanger everyone in the city when the Pakistanis would attempt to look for him (Interview of Amirul Islam, Mostofa, Golam (on behalf of Ministry of Information), ‘History of Bangladesh War of Independence Documents’, Vol-15, Hakkani Publishers, 2nd reprint, 2009, p. 57). Dr. Kamal Hossain also shared his thoughts on their last visit to Bangabandhu’s house on that night. According to him, “In response to our anxiety about what he would be doing, he said, ‘You leave that to me, from now we are independent. Our people are united and will fight’. He expressed confidence to us in victory being assured in our liberation war which had begun” ( Kamal Hossain, Bangladesh: Quest for Freedom and Justice, UPL, 2019, fourth impression, p. 106).

The international media personnel staying in Hotel Intercontinental were asked to pack up and rush to the airport to be deported by 10 pm. By that time Yahya Khan was already on his flight back to West Pakistan. The military vehicles were already in the streets facing barricades created by the students and the masses.

The military crackdown began at around 11.30 pm. Their main targets were Pilkhana, the headquarter of East Pakistani Rifles, Rajarbagh, the Police line, and the students and teachers at Dhaka University, in particular, the Jagannath and Zahural Huq Hall (former Iqbal Hall). Professor Mafizullah Kabir, the then chairman of the Department of History, Dhaka University, also recorded the brutal attack even on the resident girl students of Rokeya Hall at midnight of 25th March. He wrote:

“The army also led a savage attack on the Rokeya Hall, the Residence of women students. The role of women students in regular physical training and rifle training was perhaps known to these beasts. They first attacked the residential quarters of the Lower Subordinate Services from the side of Jagannath Hall and butchered them most inhumanly along with their wives and children”(Mafizullah Kabir, ‘Experiences of an Exile at Home: Life in Occupied Bangladesh’, 1972, published by Rezina Nazli Kabir, p.4).

The people in general were not prepared for an attack like this although many were anticipating it. The genocide that followed is said to be one of the worst massacres in modern history. Simon Dring was a foreign journalist who managed to stay in Dhaka escaping the eyes of the occupation forces during the time of ‘Operation Searchlight’. He wrote an article in Daily Telegraph which was published on 30th March 1971. This was titled ‘How Dacca paid for a united Pakistan’ and said, “…Caught completely by surprise, some 200 students were killed in Iqbal Hall, headquarters of the militant anti-government students’ union, I was told. Two days later bodies were still smoldering in burnt-out rooms, others were scattered outside, more floated in a nearby lake…At another hall, reportedly, soldiers buried the dead in a hastily dug mass grave which was then bull-dozed over by tanks.” (Simon Dring as quoted in Choudhury, G.W., ‘The Last Days of United Pakistan’, UPL, 1994, p. 185). General Tikka Khan, also known as the ‘Butcher of Baluchistan’, was then the Governor of East Pakistan and he ‘believed that all problems would be solved by a forty-eight-hour blood bath’ (Payne, Robert, ibid. p.44). In this context, Bangabandhu formally declared independence at the early hour of 26th March (around 12.20 am). The message was transmitted across the country through EPR wireless, telephone and telegram. The declaration of independence was:

“This may be my last message; from today Bangladesh is free! I call upon the people of Bangladesh wherever you might be and with whatever you have, to resist the army of occupation to the last. Your fight must go on until the last soldier of the Pakistan occupation army is expelled from the soil of Bangladesh and final victory is achieved” (Sheikh Mujibir Rahman, Prison Diaries, Bangla Academy, 2018, first print, p. 308).

He had also issued another message in Bengali in which he addressed the freedom fighters and asked them to fight for the motherland. He also called upon the other nations of the world for help, and as well as the members of the Police, EPR, soldiers of Bengal Regiment and Ansars to resist. Bangabandhu’s declaration of independence was also read by M.A. Hannan, a leader of the Chittagong Awami League, on Swadhin Bangla Betar Kendra (The Radio Station of Independent Bangladesh) in the afternoon of 26 March (Sheikh Mujibur Rahman, ibid, p.309).

Bangabandhu was arrested immediately after his declaration of independence and later taken to West Pakistan and put behind bars in Mianwali jail. But this only added more fuel to the struggle for independence and hundreds and thousands of people joined the war to shed their blood for freeing their motherland under the leadership of Bangabandhu.

The curfew was relaxed on March 27, 1971. Many Awami League leaders and intellectuals, who were involved in the struggle for autonomy, had to flee Dhaka at this time. They left the country and sought refuge in India. Bangabandhu had earlier instructed his companions to leave and fulfil their duties from the underground (Interview of Amirul Islam, Mostofa, Golam (on behalf of Ministry of Information), ‘History of Bangladesh War of Independence Documents’, Vol-15, Hakkani Publishers, 2nd reprint, 2009, p.57).

In May 1971 G.W. Choudhury, a minister in Yahya’s cabinet, visited Dhaka and he was shocked to see the situation that was prevailing there. Everyone he spoke to had lost a family member. The villages were burnt, and the people felt hopeless. Choudhury himself felt heartbroken at the situation and wrote up a detailed report on what he saw. He met Yahya and told him about the heinous act the Army had been committing. Yahya could not say anything in reply to this. G.W. Choudhury had also gone around visiting the elites in West Pakistan and was shocked by their ignorance. He wrote, “It was also agonizing for me to see the calmness of life in the federal capital as if nothing had happened. There was only concern over India’s involvement in the crisis but none for the suffering humanity in East Pakistan” (Choudhury, G.W., ‘The Last Days of United Pakistan’, UPL, 1994, p. 191).

The author is Bangabandhu Chair Professor at Dhaka University and former Governor of Bangladesh Bank. He can be reached at [email protected]