Myanmar coup: How the military disrupted the internet 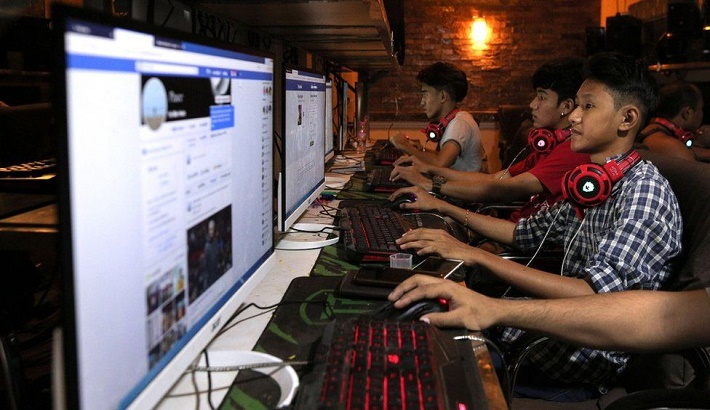 As the Myanmar military took power over the weekend following their accusations of election fraud, internet disruption affected large parts of the country.

The full extent of the disruption only lasted a few hours, after which many services returned.

So what was happening?

How the internet dropped off

The restrictions to the internet were reported on Monday at 03:00 local time (20:30 GMT on Sunday).

Internet connectivity had dropped to 50% of normal levels by 08:00 local time as people were waking up and starting their day to the news of the military takeover.

Netblocks says its findings indicate a "centrally ordered mechanism of disruption...progressing over time as operators comply".

By midday, internet connectivity had returned to 75% of normal activity.

Some parts of Myanmar, also known as Burma, were more restricted than others.

Based at Monash University in Australia, the IP Observatory, which tracks internet connectivity around the world, found that some regions were severely disrupted.

Magway region was reporting zero internet connectivity at one point.

Yangon region, which includes the country's largest city, dropped in connectivity to about 50% compared to normal times. Restricting internet in the major cities is likely to be more difficult, as users will have access to a wider variety of providers that may implement restrictions at different intensities and at different times.

Most regions are now reporting an increase in internet connectivity.