China Removes Uyghur Language as Medium of Instruction in Xinjiang 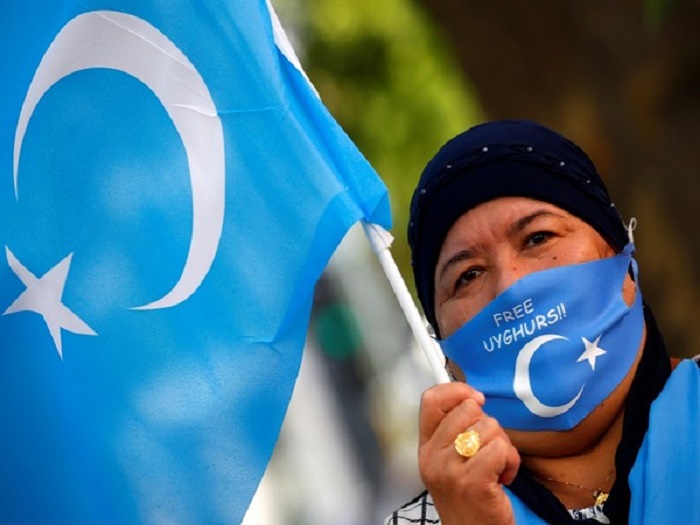 As China continues to refute reports of ongoing human rights abuses in the Xinjiang region, another revelation has confirmed that Beijing has removed the Uyghur language instruction from educational institutions in the region.

According to an audio recording made by an Uyghur man from Kelpin county and sent to RFA's Uyghur Service this week, "who requested anonymity out of fear of reprisal, makes a phone call to the Bureau of Education in his hometown and asks for information about how to place the children of his neighbors, who he claims are detained in an internment camp, in school...A man who identified himself as an employee of the Kelpin Bureau of Education told the caller that he could bring the two children, reportedly aged five and seven, to the bureau offices. When the caller asked to clarify which language the children would study in, the bureau employee said that education in Kelpin is conducted in the "national language," or Mandarin Chinese."

On being questioned if it is possible for the medium of instruction to be Uyghur, the employee had said, "The national language is the standard now."

After receiving the audio recording, the RFA received a similar response from Kelpin County No. 1 Intermediate School.

One of the administrators at the school informed RFA that "schools in Kelpin no longer offer Uyghur language instruction".

"Speaking Uyghur language is not allowed [on school grounds]," the administrator said while adding, "Normally, it's not even OK for us [staff] to speak to one another in Uyghur."

Beijing, on the other hand, has vehemently denied that it is engaged in human rights abuses against the Uyghurs in Xinjiang while reports from journalists, NGOs and former detainees have surfaced, highlighting the Chinese Communist Party's brutal crackdown on the ethnic community, according to a report.

Recently, a commission of the United States Congress, in a new report, said that China has possibly carried out "genocide" against Uyghurs and other minority Muslims in its western region of Xinjiang.

The report, released by the Congressional-Executive Commission on China (CECC), stated that the Chinese government and Communist Party have taken unprecedented steps to extend their repressive policies through censorship, intimidation, and the detention of people in China for exercising their fundamental human rights.

(This is an unedited and auto-generated story from Syndicated News feed, LatestLY Staff may not have modified or edited the content body)