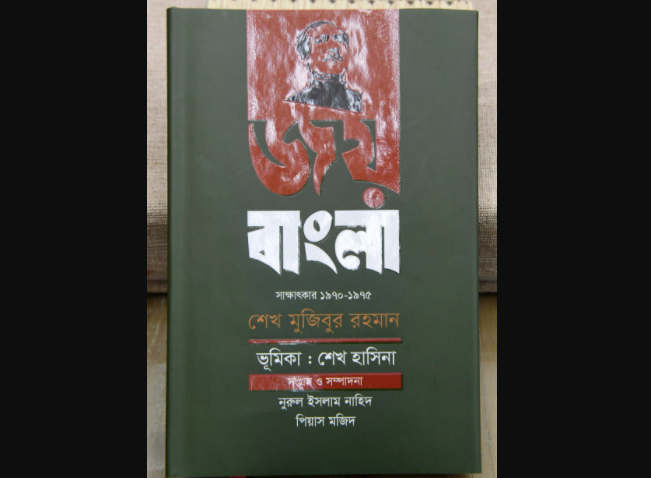 In the prefix of 'Bangabandhu Sheikh MujiburRahmanJanak Amar Neta Amar' book, Sheikh Hasina said the book is a rare gift for every Bengali reader in the birth centenary of Bangabandhu.

The Prime Minister wrote the prefix of the 'Joy Bangla' book, while Nurul Islam Nahid and poet PiasMajid collected and edited its write-ups.

In its prefix, Sheikh Hasina, the eldest daughter of Bangabahdu, said this historic book needs to be read to fully understand the life and philosophy of Father of the Nation Bangabandhu Sheikh MujiburRahman.