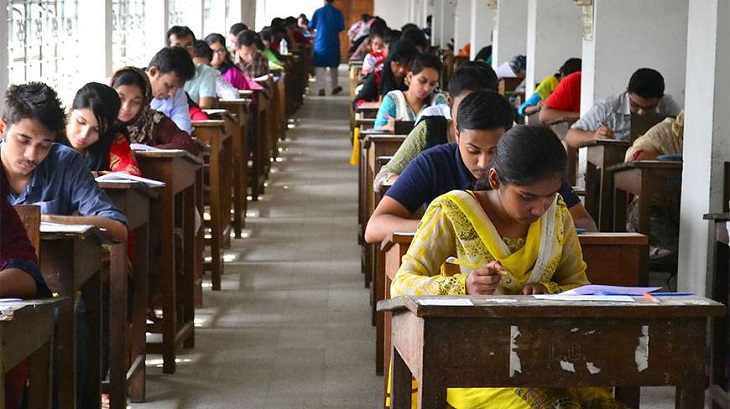 A large number of students with brilliant results in the Higher Secondary Certificate (HSC) and equivalent examinations will get no chance to be admitted to their first-choice public universities and medical colleges due to a shortage of seats.

According to the results of the alternative evaluation of the candidates for HSC and equivalent examinations that were published on Saturday, all 1,367,377 students came out successful as the government could not hold the exams due to the coronavirus pandemic.

Besides, some students who passed the HSC and equivalent examinations last year will also vie for the enrolment. Except DU, all the public universities will allow students to give admissions test for the second time.

So, at least 97,457 GPA-5 achievers cannot get scope to enrol in their first-choice top educational institutions this year for lack of enough seats.

“I’m worried about my university admissions because the number of GPA-5 achievers is over three times higher than previous year while all students passed this time,” Fatema Akhtar who passed the HSC examination from Comilla Women’s College told the Daily Sun expressing her frustration.

She urged the government to increase the number of seats at the public universities.

The authorities have no plan to increase the number of seats.

According to the University Grants Commission (UGC), there are 1,320,000 seats for Honours first year, degree (Pass) and equivalent courses in the country.

So, a total of 47,377 students who passed the HSC and equivalent exams will not get the scope of getting admitted anywhere.

Meanwhile, UGC Member Dr Mohammad Alamgir told the Daily Sun that all the students will get the scope of higher education as there is no crisis of seats.

He, however, admitted that there will be a tough competition among the students to get desired university or subject this year.

Students, who are economically solvent, will be able to choose noted private universities as an alternative but poor students will be compelled to get enrolled in colleges if they fail to ensure admissions at the public universities.

About the admissions, Education Minister Dr Dipu Moni on Saturday said the opportunities of higher education will be available like previous years. “It’s not sure that all GPA-5 achievers will get admissions in reputed universities. The students will have to create their own place at the universities through admissions test and their merit,” she said.