Janhvi Kapoor gets some cricketing action 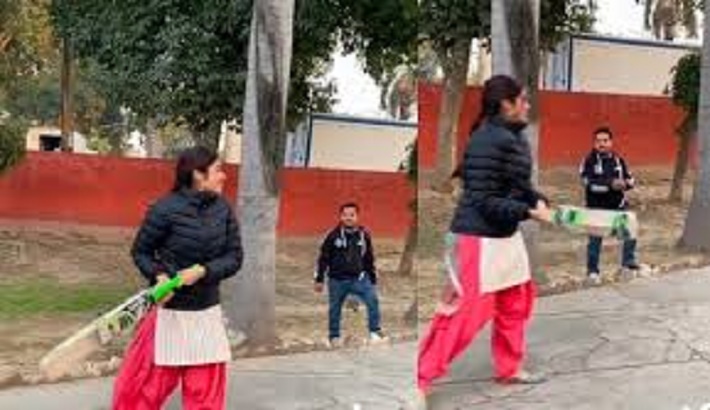 Bollywood actress Janhvi Kapoor posted a video capturing her in action with the bat on Saturday,.

In the Instagram Story video, Janhvi hits a ball with her bat. She wears a Patiala salwar kameez and jacket.

“Is it safe to say I became a pro,” Janhvi wrote along with the video.

On the work front, Janhvi was last seen in the digitally-released film Gunjan Saxena: The Kargil Girl.

She will next feature in Good Luck Jerry, which is currently being shot in Punjab. Directed by Sidharth Sengupta and written by Pankaj Matta, the film also stars Deepak Dobriyal, Meeta Vashishth, Neeraj Sood and Sushant Singh. Her other films lined up are Roohi Afzana and Dostana 2.