Help Overturn the Stigma of Leprosy 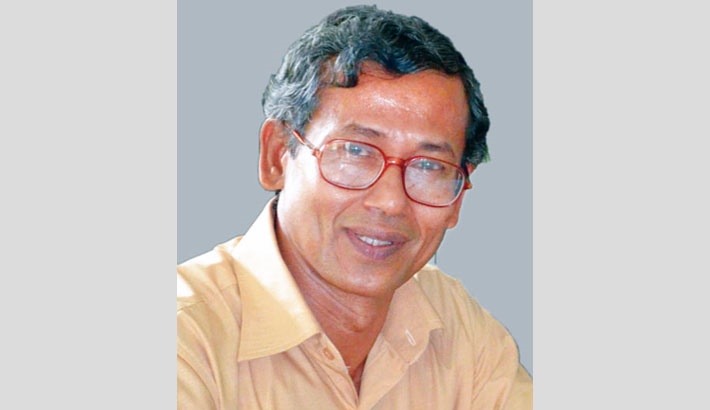 Today, the last Sunday of this January, organisations all over the world working with and for leprosy affected people observe as the World Leprosy Day. The idea behind this is to raise awareness among people about the age-old stigmatising health hazard known as Leprosy. Leprosy is also known as ‘Hansen’s disease’ after the name of Gerhard Henrik Armauer Hansen, a Norwegian scientist, who first identified the causative agent of the disease in the year 1973. This is the bacteria named ‘Mycobacterium leprae’ causes this disease.

Leprosy is a progressively infectious disease. Although it is a mildly infectious disease the gestation period can take many years it harms people in multiple ways: physically, mentally, socially and spiritually. In days gone by it was considered a curse, even a divine curse of God. Unless right and timely treatment is received by the affected people leprosy can and it does devastate life. The word ‘Leprosy’ refers not only to a disease but this very term was used until recently and still it continues to do so to describe the person with the same: people refer to the person suffering from this is called ‘leper’, which is rather a derogatory way of describing a human person. So today we prefer to describe the persons concerned as ‘people affected by leprosy’, and not a ‘leper’. Leprosy is such a stigmatising and alienating problem right from the beginning of human history. Anyone having seen the many-times Oscar winning Film Ben Hur would clearly know this. Religious literatures have stories of rulers and monarchs losing their thrones and positions because of leprosy. This stigma continues to prevail among many.

As mentioned earlier, leprosy affects the whole person, even his or her family. It needs care for the whole person of the people affected by it. A holistic transformation of the person affected by leprosy is required including health care, prevention of disability, rehabilitation, education, social awareness raising, advocacy for social change aiming at dignity, inclusion and human rights. Estimates reveal that one person in the world is affected by this disease in a couple of minutes.

Around 99% people have natural immunity against leprosy. Around 90% of the population affected by leprosy in the world inhabits the developing countries. In Bangladesh around 3000-4000 new cases have been detected with leprosy annually in the recent past years. Leprosy is a multi-factoral health hazard meaning that it requires a germ, an environment and a host. This cluster-form makes the breeding ground. Research has been going on by leprologists to identify the root cause of leprosy. However, poverty, malnutrition and unhygienic condition may lie behind the genesis of the bacterium. There is good deal of holistic activities going on in different parts of the Bangladesh where leprosy is more prevalent than others. Some of those districts are Nilphamari, Rangpur, Kurigram, Sylhet, Dhaka, Hill districts, Thakurgaon, Dinajpur, etc.

The Leprosy Mission International Bangladesh the largest NGO working with the leprosy affected people in the country provides cooperation, technical support and advice in the field of Leprosy Control, Health Education, Treatment and Rehabilitation to other fraternal organisations and government agencies.

Due to restriction imposed by the NGO bureau on overseas financial support the needed work in the field of care for leprosy affected people is being hampered. So it will help the leprosy care activities to have any moratorium lifted. Continued social awareness campaign needs to be carried out for the eradication of leprosy from Bangladesh. Early detection and timely medical intervention is of utmost importance for prevention disability due to this disease. Leprosy is no more to be treated as a curse, it is a curable diseases caused by a bacterium. There is free and easily available scientific and effective multi-drug treatment for it. MDT or multi-drug treatment is available in many sub-district health care centers, if not at all centers. A process is under way for the integration of leprosy treatment at government hospitals. MBBS course curriculum has more classes on leprosy than it used to be before.

The stigmatising obsolete law made in 1898 called the Leper’s Act 1898, which was made to alienate person with leprosy, was repealed by Bangladesh Parliament in 2011. In those days it was necessary to have such legislation because modern scientific treatment of this disease was not known. But since the early eighties of the 20th century scientific treatment is available. Since the said prejudicial legislation has been done away with now it is needed to implement the spirit with which that repeal was done in Bangladesh. To the best of my knowledge, since I worked with the Leprosy Mission International Bangladesh for ten years in the past  mainstreaming the leprosy affected people has always been on the agenda of all GO and NGOs working in this field. In order that leprosy is eliminated from the country social awareness, advocacy and self-advocacy, education about leprosy and its treatment, disability care, socio-economic rehabilitation, integration of treatment at general hospitals, and also good amount of leprosy education needs to be provided to the medical students. Bangladesh is now the 4th largest field in the world in respect of the prevalence of leprosy. Holistic approach to beat leprosy is the need for any transformation of the scenario. Leprosy is actually a development issue. Wide range of interventions that work together for breaking the chain of leprosy that will empower the affected people and their community to attain healing, human dignity and self-confidence call for action on the part of all. NGOs working for these are charitable. Oberservance of World Leprosy Sunday was started also for asking people of means to extend their help and support towards the great mission of bringing light and hope into the lives of the ill-fated people suffering from leprosy the ones who are isolated, marginalised and rejected by us. They are people just like anyone of us, created in the image and likeness of our merciful and loving God. Let us do whatever we can do so that they can be freed from the man-made stigma. Let us include them whom society excludes. They are human beings, not lepers!

The writer is a Christian Theology teacher and also a Church leader. He is former Director of Advocacy and Promotions, The Leprosy Mission International Bangladesh