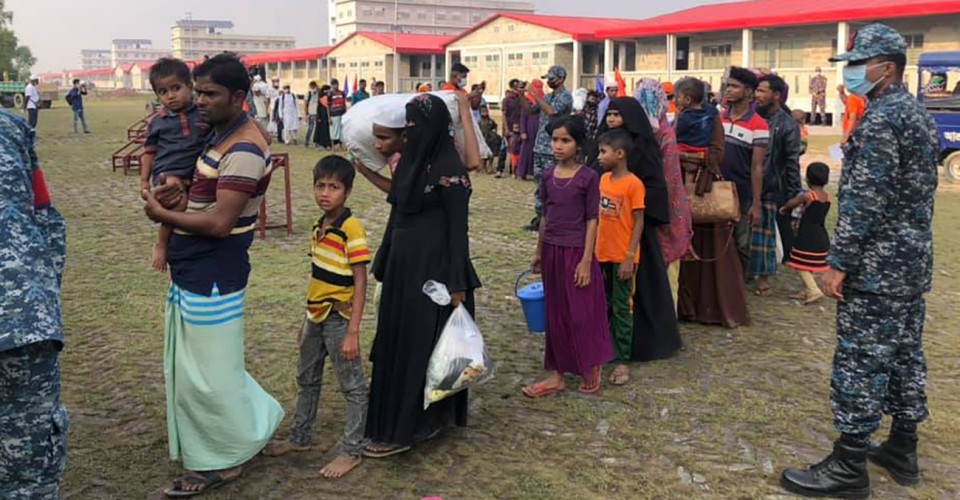 The third batch of 1,466 more forcibly displaced Rohingyas reached Bhasan Char Island in Noakhali on Saturday as per the government initiative to relocate them.

Four ships of Bangladesh Navy carrying the Rohingyas left the Patenga Naval jetty around 9:00am and reached Bhasan Char around 12:00pm.

Before going to Bhasan Char, they were brought to a temporary transit camp at Ukhiya Degree College playground in Cox’s Bazar on Thursday and later they were taken to Chattogram and stayed in port city overnight at BAF Shaheen College ground after completion of registration process.

So far, 6,690 Rohingya have willingly shifted to the island that provides a much better living condition compared to the cramped camps in the coastal district of Cox’s Bazar.

Bangladesh has given shelter to over 11 lakh Rohingyas in Cox’s Bazar camps. Some 1,00,000 Rohingyas will gradually be shifted to Bhasan Char island  which has been well-equipped with modern facilities for Rohingyas.