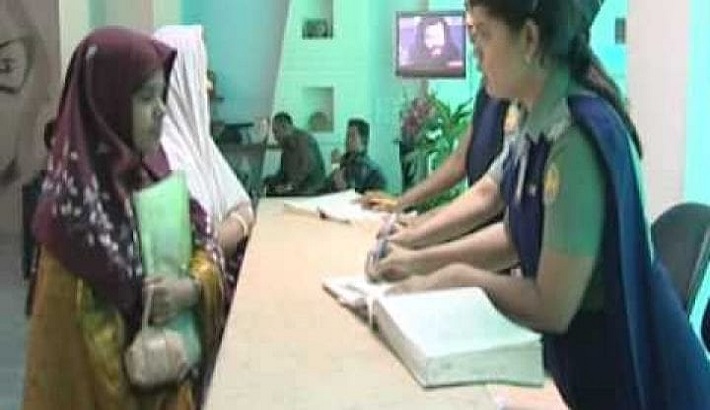 Most general diaries (GDs) filed with the police station across the country seeking investigations into different criminal activities remain uninvestigated, which often results in the repetition of offences.

Sources at the Police Headquarters and Dhaka Metropolitan Police say they do not have any data on the number of GDs and their results.

The police have cited a manpower shortage and some other reasons for not conducting investigations into many general diaries.

Complainants have, however, blamed the unwillingness of the police for the non-investigation into their complaints.

Complainants say many of them have become victims of murder, rape, acid attack and other types of cruelty as their apprehension of coming under attack are not investigated.

Money lender Tania Akhter, wife of Masudul Islam Laddu, filed a GD with Narail Kotwali Police Station on August 13 last year, stating that Jewel Molla and Wahidul took Tk 15 lakh from the couple one year ago. But they neither paid the interest nor the principal amount.

According to the GD, Jewel and Wahid threatened to burn her face in an acid attack.

Three days after the filing of the GD, the accused threw acid at the woman, burning 27 per cent of her body.

According to information from a number of police stations, including Ramna, Shyampur, Jatrabari, Uttara and Turag ones, each police station records 350-400 general diaries every day on an average.

DMP spokesperson Walid Hossain told the Daily Sun that police try to investigate all GDs, but somehow fail to do so.

“After receiving a GD, a police station usually assigns a policeman to investigate the matter.  In many incidents, general diaries are turned into cases,” he said.

The DMP spokesperson, however, acknowledges that some GDs remain unsettled as police are not able to deal with every matter.

Replying to a query, he said, “It is true that some unwanted incidents happen after the filing of general diaries.”

Wishing not to be named, an additional superintendent of police told the Daily Sun that police need a court permission to carry out investigation into any GD lodged on criminal and other offences.

In some cases, the policemen assigned to investigate the GDs show less interest in doing so as they are overburdened with cases and other duties.

Nizam Uddin Farazi, son of Khalilur Rahman Farazi of Safipur in Muladi of Barishal, lodged a GD with Kamrangirchar Police Station in the capital more than three years ago.

Nizam, a government employee, told the Daily Sun that he lived in a rented house on College Road at Kamrangirchar.

One day, local BCL activist Rafiqul Islam Rocky along with some 20 youths attacked Nizam inside his room. They beat up Nizam and his friend Imran, leaving them seriously injured.

Later, they lodged a GD with the police station, but no action has been taken yet against the attackers. After the filing of the GD, they threatened to beat him again.

Shahida Begum, a resident of Khilgaon in the capital, told the Daily Sun that her lone son Redwan Redu had a conflict with drug dealers Juna, Kalu, Tapan Kamrul and Dela.

They beat her son up on May 16 in 2019.  She then lodged a general diary with Khilgaon Police Station that day, but they killed her son next day.

Maksudur Rahaman, sub-inspector of the police station, was assigned to investigate the case, but he didn’t take any step, she alleged.

The GDs were filed due to conflict, family feud, threat and other reasons, Imrul Kayes, a record keeper of the police station, said.

He said the GDs filed for missing of different things and some other reasons are not recorded in the volume.  If those are held in record, the number will go almost double.

Wishing not to be named, a sub-inspector of the police station told the Daily Sun that all the GDs could not be investigated.

When contacted, Monirul Islam, officer-in-charge of the police station, claimed that they carried out investigations into all the GDs filed with his police station.