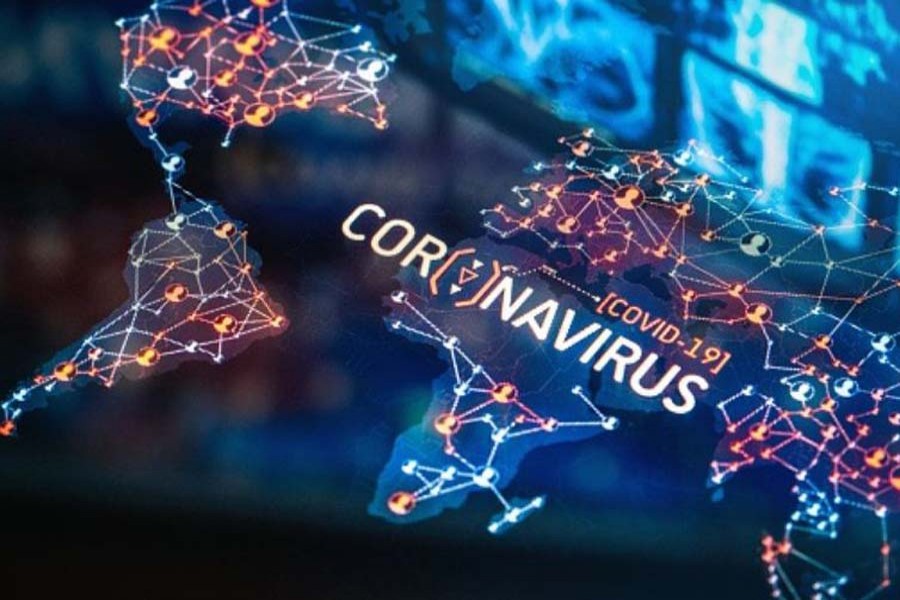 The total confirmed Covid cases worldwide reached 101,402,676 while the death toll climbed to 2,188,745 on Friday morning, according to Johns Hopkins University (JHU).

The US remained the worst-hit country in the world, with 25,756,351 cases and 432,971 fatalities, as per the latest data released by the university.

A new variant of coronavirus emerged Thursday in the United States, posing yet another public health challenge in a country already losing more than 3,000 people to Covid-19 every day, reports AP.

The mutated version of the virus, first identified in South Africa, was found in two cases in South Carolina. Public health officials said it’s almost certain that there are more infections that have not been identified yet. They are also concerned that this version spreads more easily and that vaccines could be less effective against it.

The two cases were discovered in adults in different regions of the state and do not appear to be connected.

Neither of the people infected has travelled recently, the South Carolina Department of Health and Environmental Control said Thursday.

Meanwhile, Novavax Inc said Thursday that its Covid vaccine appears 89% effective based on early findings from a British study and that it also seems to work — though not as well — against new mutated versions of the virus circulating in that country and South Africa.

The announcement comes amid worry about whether a variety of vaccines being rolled out around the world will be strong enough to protect against worrisome new variants – and as the world desperately needs new types of shots to boost scarce supplies.

Brazil registered a total of 221,547 deaths from the novel coronavirus and the caseload reached 1,058,687, the data showed.

Brazil, which is experiencing a second wave of rising infections and deaths since December, began mass inoculation against Covid last week, with six million doses of CoronaVac, a vaccine developed by Chinese pharmaceutical firm Sinovac in collaboration with the Butantan Institute of Sao Paulo, and two million doses of a vaccine by Britain's AstraZeneca and Oxford University.

India’s total caseload has reached 10,701,193, while about 153,847 people have died so far from the virus, according the latest Ministry of Health data.