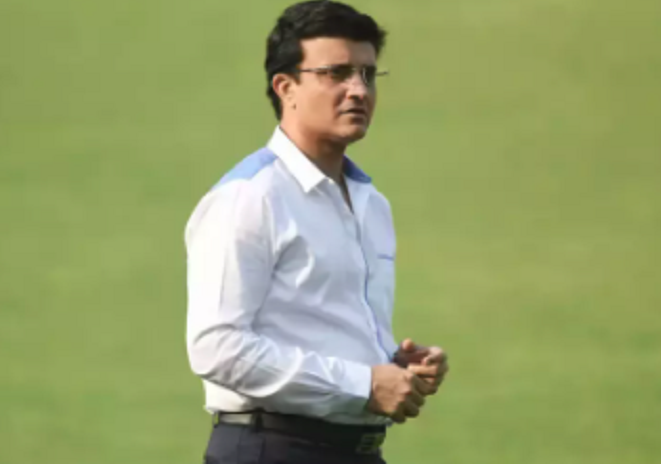 India's cricket board chief Sourav Ganguly, affectionately known as 'Dada', underwent another angioplasty surgery -- the second in a month -- at a private hospital in the eastern city of Kolkata on Thursday, a day after he was rushed there following mild chest pain.

"Two more stents are likely to be implanted for removing blockages in vessels of his heart. The decision to perform the second angioplasty was taken after India's leading cardiac surgeon Devi Shetty gave the go-ahead," a doctor at Apollo hospital told the media.

The 48-year-old former India skipper was rushed to Apollo on Wednesday afternoon after he complained of mild chest pain. Later that day, he underwent a battery of tests.

Saurav had been undergoing treatment at home since he was discharged from another leading private hospital in Kolkata earlier this month, where he underwent his first angioplasty surgery following a mild heart attack.

On January 2, Saurav was rushed to Woodlands hospital after he complained of acute chest pain and dizziness while working out at a gym. Later that day, he underwent angioplasty after three tiny blockages were detected in his coronary artery.

Three days later, Dr Devi Shetty, who flew down to Kolkata from the southern city of Bengaluru, declared Saurav absolutely fit. "Saurav could run a marathon and fly a plane "as his heart is as strong as it was when he was 20."

"This event will not affect his lifestyle or life span. He is going to lead a normal life like anybody else. Sourav can participate in a marathon, fly a plane, or even get back to cricket if he wants as his heart has not suffered any damage," he had said.

During his interaction with Saurav, Dr Shetty told the media, he had requested the president of the Board of Control for Cricket in India to influence the country’s sports bodies to ensure sportspersons go for mandatory cardiac and body check-ups at least once in two years.

In December last year, Ganguly cleared the air about him joining politics ahead of the assembly elections in his home state of West Bengal.

Post his meeting with state Governor Jagdeep Dhankhar, rumours were going the rounds that he could be India's ruling Bharatiya Janata Party's chief ministerial face in the assembly polls in West Bengal, currently ruled by Banerjee's regional Trinamool Congress party.

However, Dada had told the media, "If the Governor wants to meet you, you have to meet him. So let us keep it like that."

He scored more than 18,500 runs in Tests and one-day internationals. Last year, Dada was elected as the president of BCCI, the world's richest cricketing body.