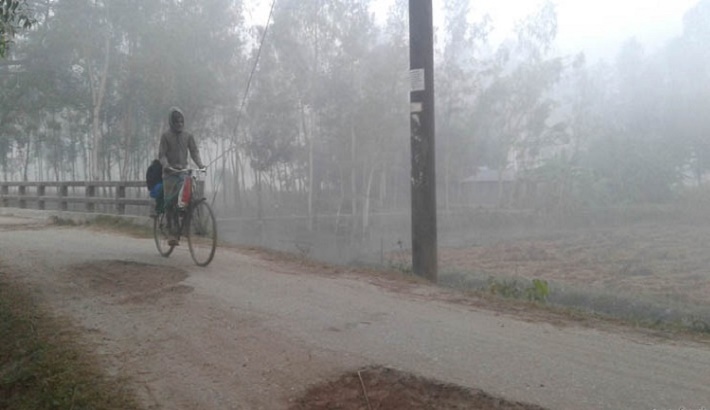 The cold wave, which is sweeping over Sitakunda, Srimangal, Rajshahi, Pabna, Naogaon and Chuadanga, may continue for 2-3 more days.

Mild fog occurred at different parts of the country this morning and it was disappeared at noon.

According to Met office, the mild temperature range is between eight and ten degree Celsius while six to eight is moderate, and below six degree is severe cold wave.

The lowest temperature of Dhaka was recorded at 13.1 degree Celsius today. Country may experience another spell of cold wave in February.