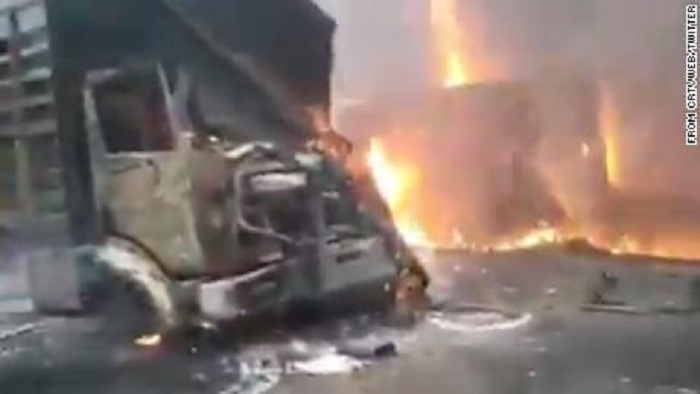 Fifty-three people died Wednesday when a bus collided with a fuel-laden van in Cameroon, causing a blaze that engulfed both vehicles, the local governor said.

“The dead have all been burned beyond identification,” Awa Fonka Augustine, the governor of West Region, said.

The 70-seat bus collided head-on with the van at around 3.30am at a location called the Cliff of Dschang, in central-western Cameroon, he said.

The stretch of road is notorious for accidents, with hairpin bends and ravines.

The governor said fog may have been a cause of the accident, and early investigation found that the van had a “brake problem.”

At least 37 people, including 10 women and four children, were killed in central Cameroon on December 27 when their bus smashed into a truck and tumbled down a ravine.