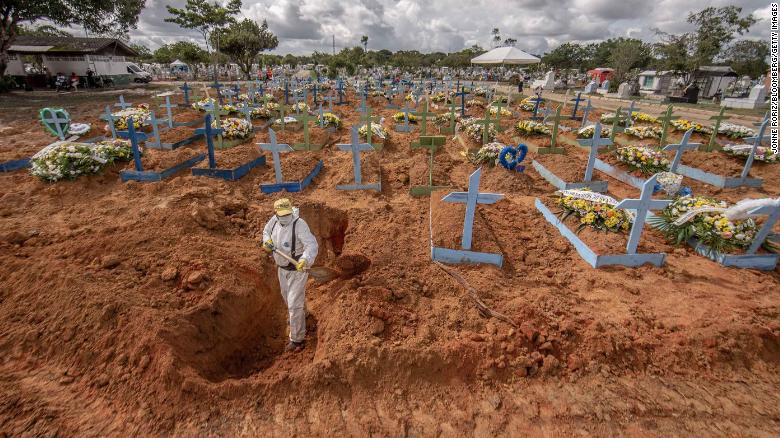 The number of dead in the US has been running at close to all-time highs at nearly 3,350 a day on an average, reports AP.

But newly confirmed cases have dropped over the past two weeks from an average of about 248,000 per day to around 166,000. And the number of people in the hospital with Covid-18 has fallen by tens of thousands to 109,000.

At the same time, US health experts have warned that the more contagious and possibly more lethal variant sweeping Britain will probably become the dominant source of infection in the country by March. It has been reported in over 20 states.

Brazil registered 1,283 more deaths from the novel coronavirus and 63,520 new cases in the past 24 hours, the government said Wednesday.

According to the Ministry of Health, the death toll has climbed to 220,161 and the caseload to 8,996,876 since the start of the pandemic here in late February.

Brazil, which is experiencing a second wave of rising infections and deaths since December, began mass inoculation against Covid last week, with six million doses of CoronaVac, a vaccine developed by Chinese pharmaceutical firm Sinovac in collaboration with the Butantan Institute of Sao Paulo, and two million doses of a vaccine by Britain's AstraZeneca and Oxford University.

India’s total caseload has reached 10,689,527, while about 153,724 people have died so far from the virus, according the latest Ministry of Health data.