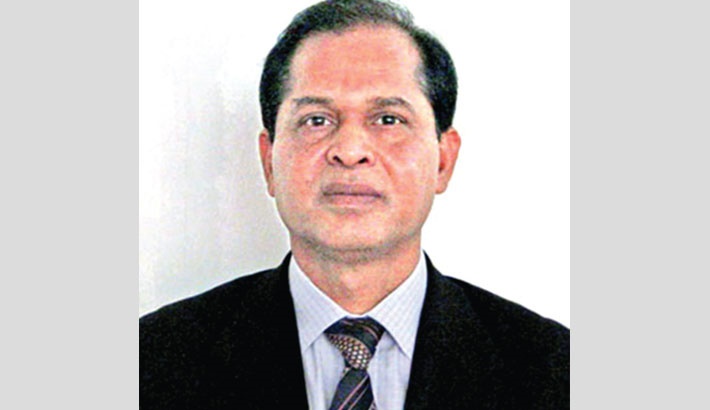 On 14 January, while virtually inaugurating a programme on sending allowances and stipend money to the beneficiaries of different vulnerable groups under social safety net through mobile financial services, Prime Minister Sheikh Hasina said that not only the government but also everyone has to carry out some responsibilities from their respective positions for socio-economic development. She requested the people to find out those who are poor or homeless or in trouble in their own localities. She also said, “If we work together, we will definitely be able to make the country a golden Bangladesh as dreamt by the Father of the Nation.”

In her speech, there was an urge to the well-off people in the society for extending their helping hands towards the poor, which would ultimately contribute to the socio-economic development of the country. In fact, everyone in a society should come forward from their positions and stand by the poor members of their society so that they are able to live with dignity. However, it’s true that living in a country like Bangladesh, we rarely understand the responsibility of doing something for the poor and needy members of our society. I do not want to compare with the developed countries. But one cannot deny that the rich members of our society scarcely extend their hands to their poor neighbours. Our society still lacks this culture of human responsibility.

Socio-economic development is the process of social and economic development in a society. A society becomes a developed one once its social and economic components are developed.  It is usually measured with some indicators, such as GDP, life expectancy, literacy and levels of employment. Changes in less-tangible factors are also considered, such as personal dignity, freedom of association, physical safety and security, and the extent of participation in civil society.

We know that a country cannot develop unless it brings development in its social and economic sectors. It is true that socio-economic development does not happen in a day. It’s a long process that needs appropriate planning, resources and technology, implementation capabilities and management, minimizing income disparity, etc. And above all, the leadership counts a lot to have a good outcome in all those sectors directly involved in the development process. In fact, it’s a huge and difficult task to develop the social and economic sectors of any country, particularly countries like Bangladesh with big population size, but less natural resources and economic constraints.

If we look at the socio-economic situation of our society that existed a few years back as well as the situation now, we can easily observe a huge change. These changes have occurred during the last 15 years under the pragmatic leadership of Prime Minister Sheikh Hasina. As economic indicators predict the status of the society, we may like to have a glimpse on those statistics. The size of GDP has increased to more than Tk. 27 lakh crore in FY 2019-20, which was about Tk. 5 lakh crore in FY 2005-06. Per capita income has crossed USD 2 thousand in 2020, which was USD 427 in 2006. We see an appreciating alleviation in poverty rate during the last 15 years (14.5 per cent in 2018). Literacy rate is now close to 80 per cent and life expectancy has already crossed 72 years in 2018. Tremendous development in other socio-economic sectors like healthcare, unemployment rate, freedom of association, physical security, rule of law, justice, income disparity, social equality, participation in the economy as well as in the civil society has been achieved during the Awami League led governments. However, it is true that there remains yet the space to fill-in to bring the socio-economic situation at a respectable standard of development.

We know that the participation at the individual level in the socio-economic development activities is still far behind than the contribution of the public sector. In Bangladesh, this culture has not yet developed as we expect that everything should be done by the government. In developed countries, the scenario is just the opposite. In those countries, the rich people get involved in all kinds of socio-economic development activities as much as they can. Even, sometimes, their contribution counts more than that of the government. In view of the mindset of our people, I feel that if the government introduces some type of incentives (like Prime Minister’s Zakat Fund), then we might expect more participation of our rich people in socio-economic activities. However, once our country comes out of poverty, the scenario might be changed.

For better economic responses, creation of wealth and reasonable distribution of wealth are very important. Economic growth focusing on changing its specific mode and improving its quality are essentials for the development of societal ingredients. Emphasis should be put on increasing social wealth and to continue to create the material basis for all the people to gradually live a prosperous life. The reasonable adjustments in governmental expenditure might make it possible to boost spending to assist vulnerable groups and improve people’s livelihood.

At the same time, we need to adhere to social equality and justice, making concerted efforts to promote equal access to development opportunities. In doing so, it is essential to eliminate the barriers preventing people from enjoying the fruits of economic development. We need to pay more attention to raising efficiency and promoting social equality as well as place emphasis on inclusive growth. Appropriate measures could be taken to minimize income disparity and to improve the income levels of less affluent people.

Urbanisation of the whole country is not necessary. In fact, restructuring should be based on an urban-rural dual composition. That means, the socio-economic development of both urban and rural areas will go simultaneously with similar development objectives to provide equal facilities and opportunities for better living space all over the country.

The present government, in its election manifesto in 2018, said that they would extend modern civic amenities to every village that include development of communication system, modern healthcare, standard education, electricity supply, employment opportunities, etc. The most important plan was to train up rural youths in agricultural sector and manufacturing of light equipment aiming to grow entrepreneurship. The present government is now in the middle of their tenure. Hope that they have the check-list as well as the planning to fulfil their election commitments.

Another important issue for socio-economic development is to bring changes in the relationship between the government (specifically its field level officials and people’s representatives) and the citizens of the country. The communities might be encouraged to come forward to work in partnership with the authorities to accelerate the development of and improvement in their conditions. In fact, the members of the society should understand that they could play a larger role in shaping the outcome of issues directly affecting their quality of life. However, the government still has a very important role to play in maintaining law and order and in ensuring stability, peace, and security, including protection of citizens’ rights. The government must also create conditions that are conducive to the well-being and prosperity of its nationals, whether they reside in an urban or a rural society.

We cannot deny that corrupt and inefficient governments are an obstacle to development. While red tape, bureaucracy and inefficiency plague development efforts, corruption is far more damaging. Sometimes, corruption and self-interest actually prevent projects being undertaken. Whatever good initiatives a government takes for the country and its people, these people, instead of serving people’s interest, only run after their own interest. As matters of morality and conscience are not within the powers or the realm of the government, we have no way but to suffer. In fact, it is individual and families who have to decide what kind of community they want to live in, and it is the community that needs to do more in promoting and enforcing a moral code. Unless, a society could not be made corruption-free, the expected development in the socio-economic sector would remain a hundred thousand miles away.

There is no doubt that the Government has relentlessly been continuing its activities for the improvement and addressing of all socio-economic issues and by this time, has attained significant achievement, which is a testimony of their sincerity to their commitments. On the other hand, participation of our rich people in the socio-economic activities is not at the desired level. In any way, we cannot avoid our responsibility to cooperate with the government and play our respective role in bringing socio-economic development, which is for the benefits of our society. It should not be considered as a burden, rather a human responsibility to be shared by the government as well as the affluent members of the society. I strongly believe that with such mindset, as said by the Hon’ble Prime Minister Sheikh Hasina, we will be able to make the golden Bangladesh as dreamt by Bangabandhu.