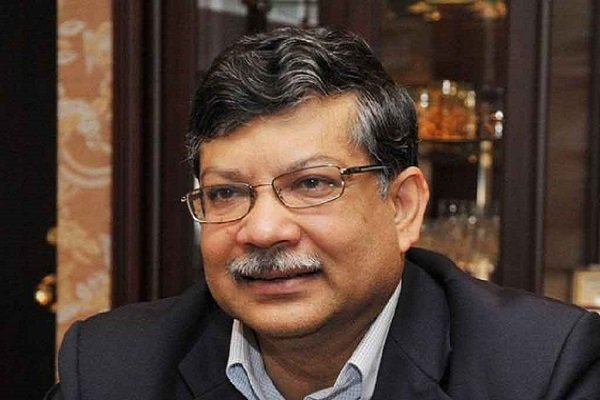 "The ball (on Teesta) is in India's court. We will surely want to see that it gets resolved. We know the Indian central government and state government are yet to fully agree on Teesta," he said after a meeting with the Executive Committee of Diplomatic Correspondents Association, Bangladesh (DCAB).

Bangladesh and India will hold the foreign office consultations (FOC) on January 29, to have a comprehensive meeting on the entire gamut of bilateral relations.

Masud Bin Momen will leave for New Delhi on Thursday.

During the December 17 virtual summit, Prime Minister Sheikh Hasina highlighted the need for the early signing of an interim agreement on the sharing of Teesta water, as agreed upon by both the governments in 2011.

Indian Prime Minister Narendra Modi has reiterated India’s sincere commitment and continued efforts in that regard.

The two leaders underscored the need for the early conclusion of the framework of the interim agreement. The agreement focuses on sharing of water of six joint rivers, namely, Manu, Muhuri, Khowai, Gumti, Dharla and Dudhkumar.

Bangladesh also requested India to inform its concerned border authorities to allow excavation work of the remaining portion of the Rahimpur Khal, for utilization of Kushiyara River water for irrigation purposes.

Bangladesh will celebrate 50 years of its Independence in March and 50 years of diplomatic relations with India this year.

Bangladesh is also celebrating the Mujib Year marking the birth centenary of Father of the Nation Bangabandhu Sheikh Mujibur Rahman which will continue till December 16 this year.

Bangladesh and India are in discussion to hold an in-person summit on March 26 if the Covid-19 situation improves.

Prime Minister Sheikh Hasina thanked Prime Minister Narendra Modi for accepting her invitation to visit Bangladesh to join the celebrations on the occasion of the 50th anniversary of Bangladesh’s Independence and 50 years of Bangladesh-India diplomatic relations.

The foreign secretary will also discuss the agenda of the meeting between the two prime ministers.

Earlier, Dr Momen expressed his optimism over the fulfillment of Bangladesh’s expectations from India as the two countries maintain a strong, very friendly and historic relationship.

“India is the closest friend of Bangladesh. India thinks the same way. I think our expectations will be met,” he told reporters at his office recently.

Indian High Commissioner to Bangladesh Vikram K Doraiswami has recently said they want to move very quickly on the water sharing of six common rivers during the celebratory year of 2021, showing that the spirit of partnership and sharing between the two countries remains very strong.

“We see no barrier to sharing water with Bangladesh. I think we can move very quickly. The main thing is to come up with data,” he told UNB in an interview recently.

The high commissioner said water is a sensitive topic for everybody and they all need water.

“We have to share the water. We're friends. We're neighbours. I think this will move very quickly,” he said expressing his optimism to hold the Joint Rivers Commission meeting in 2021 if the pandemic allows.

The foreign secretary will deliver a speech at a programme to be held at the Sushma Swaraj Institute of Foreign Service (SSIFS) on January 30.

Masud Bin Momen will also meet diplomats based in New Delhi who are concurrently accredited to Bangladesh.