A STORY: A SPLENDID SPECTRUM OF COLOURS 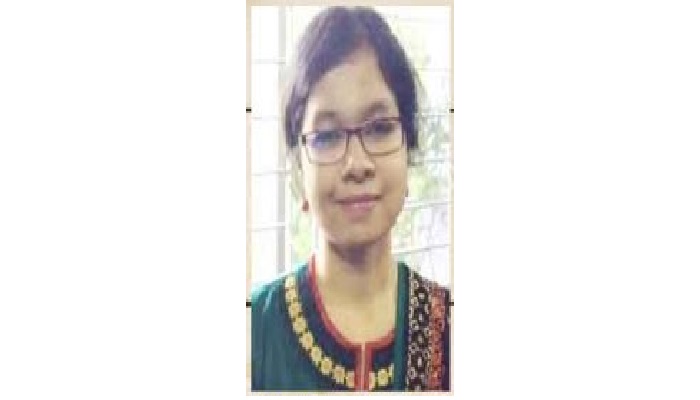 Recently, I have gone through a piece of splendid work published in a prestigious English daily of Dhaka. It is a short story titled ‘Colours: A Story’, written by Protiti Rasnaha Kamal who is very young and new as a writer but appears to be matured and competent in her style and eloquence in narrating the story. The short story being highly symbolic uses different colours to signify different kinds of personalities or, in other words, the ways in which the protagonists are caught in the inner eye of the narrator. Protiti Rasnaha Kamal was born and raised in Dhaka, the capital city of Bangladesh. She has graduated in Neuroscience from the prestigious Mount Holyoke College, Massachusetts, USA. In addition to her interest in neuroscience, she is found to have an immense fascination for writing both poetry and fictions. With her writings, she has already appeared a very talented young poet and a promising short story teller. Her literary works are full of innovative thoughts and depths of life. She knows very well how to use words and images to convey messages to her readers. She has already developed a mastery over how to write poems  and construct plots for her fictions. Probably, in Bangladesh, there is no other girl except Protiti who has composed such good verses at her age. I must say that her writings will contribute a lot to Bangladeshi English Literature and the days ahead will bring her much appreciation and glory.

The naming of the story as ‘Colours’ sounds quite sensible. Each of the characters of the fiction seems reflecting the narrator herself assuming a specific hue interpreting the core of their inner souls. While some of characters shower in the rain of happiness, some inevitably submerge into the gulf of remorse. Such duel of reality reminds the readers the physical impairment of the narrator who, as she has said, is suffering from an irregularity of vision, which turns everyone or everything, she looks at, in a heap of hues. This is the way the story proceeds on and takes its readers hand in hand to the world of a magic reality where hues are strewn everywhere making a well-knitted fabric of a tale-telling in an intensely touching way.

Another remarkable aspect of the story, which can hardly evade the eyes of the critics, is that the selection of the names of colours is not done casually. It is not just naming for the sake of naming. Rather it appears very purposive and calculative as well. Only that is why, instead of choosing the names of the simple or basic colours like black and white or red and blue, compound ones like mauve, fuchsia, lavender, grey etc. have been preferred. These intermixing of colours to make new colours go well with the complexities of the characters depicted in the story. However, the choice of such bold colours as the names of characters becomes more convincing when from the footnote under the story the readers come to know that the writer is a graduate in Neuroscience from Mount Holyoke College of USA. Her background of study tells us that she has a clear conception of colour psychology and symbolic impacts of colours as differentiated in neuroscience. She has very successfully applied her such backdrop knowledge in forming her story line.

However, academic knowledge is one thing, and to insert them deftly into a tale with a literary flavour is another. Protiti Rasnaha Kamal, the writer of the story, has skillfully passed such a crucial test with credentials as the story appears to us well-told and well-developed not as an array of scientific information. Of course, the story is a story of love; it is a story of a triangle love-relation. It involves two sisters including the narrator and their single lover Grey who is married with the elder sister Fuchsia. The couples got separated after they had become parents of a daughter. However, with the development of the plot, it sometimes appears that Grey and the Narrator secretly maintain a kind of relation but the nature of their relation remains undefined. At one point of the story, the narrator marries Yellow and gives birth to a baby girl. But the readers remain in puzzle about who has fathered the girl: Grey? Or Yellow? However, Lavender, the father of two sisters, appears briefly in the tale with a tinge of blue in his fringes.

Again, unearthing the colour motif is very important to understand the story line of the short fiction. To understand the hint hidden in the hues, we must know at least little about the symbolic meaning of colours as presented in neuroscience or colour psychology as colour has always been recognized for its symbolic power though our perception and interpretation of colour symbolism have changed a lot over time and vary from culture to culture. Very relevantly, the human eye can perceive millions of different colours, but the number of categories human languages use to group those colours is smaller than usual. Some languages use as few as three colour categories (words corresponding to black, white, and red), while the languages of industrialized cultures use up to 10 or 12 colour categories. On the other hand, colours are immensely powerful and they can easily impact our moods, emotions, and behaviors. It can also be a source of information. While an individual’s response to colour can stem from personal experience, the science of colour along with colour psychology supports the idea that there’s far more about it. As a matter of fact, color psychology is the study of hues as a determinant of human behavior. Color influences perceptions that are not obvious, such as the taste of food. Colors have qualities that can cause certain emotions in people. Colors can also enhance the effectiveness of placebos. How color influences individuals may differ depending on beholder’s age, gender, culture and ethnicity. Although colour associations can vary contextually between cultures, colour preference is to be relatively constant across gender and race.

Researchers using a brain scanner found ‘globs’ of specialised cells in the brain that detect distinct hues– suggesting that some areas of the primate brain are encoded for colour. Interestingly, not all colours are given equal glob treatment. The largest neuron cluster was tuned to red, followed by green then blue; a small cell collection also cares about yellow. Now, while evaluating two sisters’ passion for colour, it is interestingly found that they are in love with Grey, a mixture colour of black and white, usually denoting gloom or depression. On the other hand, one of the sisters is named as Fuchsia, which is a vibrant, jubilant colour, created by a mixture of red and purple. Such naming refers to joy, exuberance, exhilaration and vibrancy of her character. The naming of father as Lavender reminds us of a carefree character full of elements of false happiness and joy. The bluish tinge of him marks some hidden pain deeply seated in his heart. On the contrary, the husband of the younger sister is named as Yellow, a colour with a very limited scope. Though his wife claims to love him, the periphery of this amorous feeing appears very narrow inside the realm of her heart.

Finally, Protiti Kamal’s story seems to have focused on an enigma as the baby daughter’s real father’s identity continues to remain unidentified. Not only this, the story also ensures that the legacy of real father’s colour vision is carried by the narrator’s child for the next generation. Thus, it helps the readers get rid of the blindness of human soul. However, after reading such a wonderful depiction of human joy and predicament, emotion and logic, mode and mentality through the images of different colours, we cannot but eagerly wait to hear more from a rising star Protiti Rasnaha Kamal.

(Author is an academic, Professor of English, and Chairperson of the Department of English at Islamic University, Kushtia)