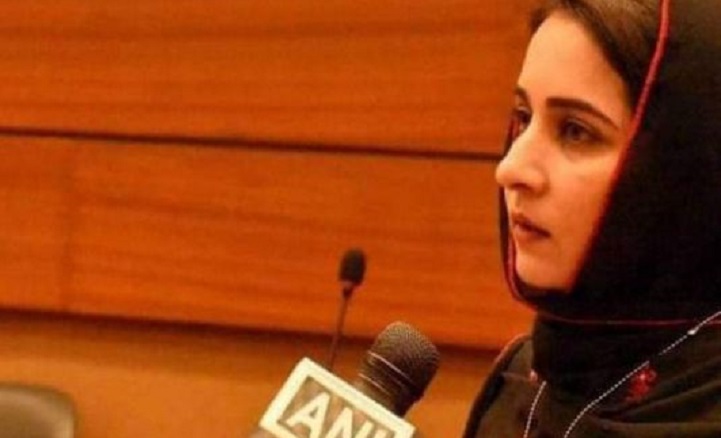 Members of the opposition in the Pakistan Senate on Monday expressed concern over the "disrespect" with which the body of Baloch rights activist Karima Baloch was treated before it was laid to rest in her hometown Tump, in Balochistan, Dawn reported.

Karima, who died under mysterious circumstances in Canada last month, was slated to get buried on January 25, but, before the corpse could be transported from Karachi to Balochistan, Pakistani authorities forcefully took Karima's body along with her family from the airport to her hometown, Balochwarna reported. Later, she was buried under tight security as thousands who came to pay their last respect weren't allowed near her, the Balochistan Times reported. She was then buried by a few family members and neighbours under army watch.

"Pakistan's army thought it was humiliating us today when it ordered our women, instead of men, to carry Karima's coffin to the grave. But I'm glad it was the women. It's symbolic. Karima struggled all her life for women's empowerment. She would have been proud," Karima's brother Sameer Mehrab tweeted.

Prior to her burial, the mobile services were suspended in the district, and Tump and surrounding areas were put under strict lockdown.

"Pakistani authorities shut down all communication systems in Kech, Balochistan. All entryways to Tump, Karima Baloch's hometown, are closed. We don't know what Pakistan's security forces are doing to Karima's body and her family who went to receive the body," activist Lateef Johar Baloch had said in a tweet.

Karima's death sparked protests across Europe and North America as the Baloch diaspora took to the streets in Toronto, Berlin and Netherlands calling on the Canadian government to investigate.

"Karima was not just a fierce leader but was an amazingly kind person too. Courteous and empathetic. Whenever she saw pictures of missing persons' sisters, she felt sad. Always encouraged Baloch women, cared for them," Hammal Haidar, another activist said in a tweet.

Karima had campaigned vigorously against the disappearances and human rights violations in the troubled Balochistan province of Pakistan. Requesting the United Nations to intervene, Baloch Human Rights Council in a letter had said Pakistan has "responded violently to the genuine demands of the Baloch people". (ANI)