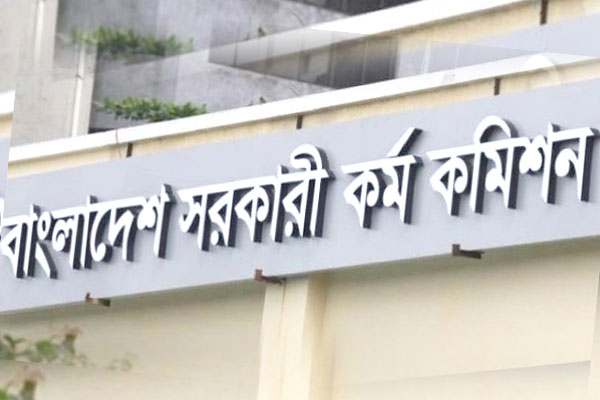 The PSC in a media statement said they extended the deadline from January 31 to till March 31 (6:00pm), said a PSC press release.

Earlier, the University Grants Commission (UGC) requested the PSC to extend the deadline for the 43rd Bangladesh Civil Service exam applications till March 31.

The UGC made the request as many final semester students will not be able to apply for one of the most sought-after recruitment exams since their final exams were not completed due to the Covid-19 pandemic.
On December 13 last year, a meeting was held between the UGC chairman and vice chancellors of public universities and a decision was taken to hold all exams of Honour’s and Master’s degrees.

In that meeting, the university VCs urged the UGC to take steps for extending the deadline of the 43rd BCS applications.

The government will recruit 1,814 officials including 300 in public administration, 100 in police, 25 in foreign services, and 843 teachers through the general 43rd BCS.

The application process for the 43rd BCS was began from 10:00am on December 31.