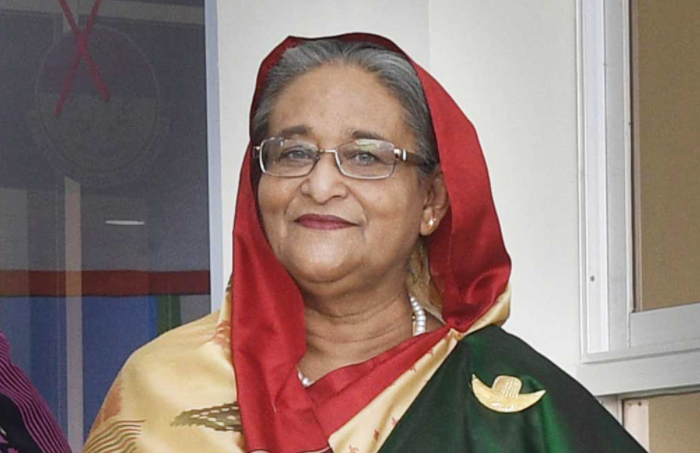 On the occasion of India’s 72nd Republic Day, Bangladesh Prime Minister Sheikh Hasina said that the new frontiers of bilateral cooperation and traditional areas of engagement are being opened, even during the difficult times created by the COVID-19 pandemic.

“The special ties of friendship, cooperation and trust between our two countries are flourishing from strength to strength. New frontiers of bilateral cooperation alongside traditional areas of engagement are being opened, even during the difficult times created by the pandemic,” she said in a letter.

She further said that both India and Bangladesh are “working closely to take the relations to a newer height including through celebration of the birth centenary of our Father of the Nation Bangabandhu Sheikh Mujibur Ralunan, 50 years of Bangladesh’s Independence as well as that of diplomatic relations between our two countries”.

For the first time, a marching contingent and band of Bangladesh tri-services participated in India’s Republic Day Parade to commemorate 50 years of its historic liberation.

All the three services of the Bangladesh Armed Forces had played a key role in securing independence for their country in the Bangladesh Liberation War of 1971.

The representatives of the battalions that participated in Liberation War, like 1, 2, 3, 4, 8, 9, 10 and 11 East Bengal Regiment and 1, 2 and 3 Field Regiment Artillery, marched in the parade.

“I am proud to learn that a 22-member tri-services contingent of Bangladesh Armed Forces is participating in the Republic Day parade of India this year,” the Bangladesh PM said while reiterating wishes for the peace, progress and development of India.