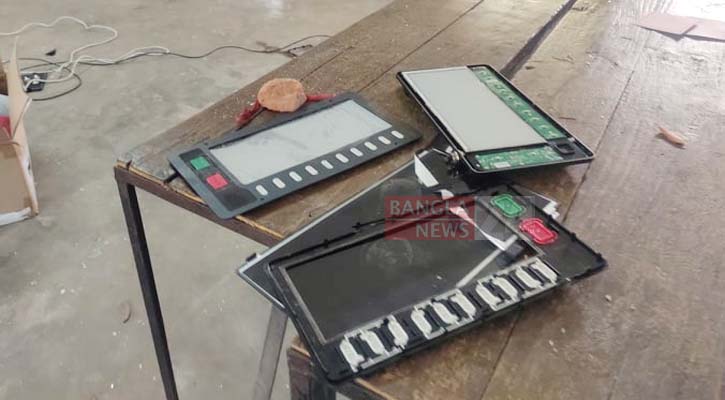 Voting has been suspended at two polling centres in Patharghata’s Ward 34 of Chattogram City Corporation over allegations of occupying the centres, vandalising electronic voting machines and violence.

Both the groups entered JM Sen School and College polling Centre at Pathorghata area in a bid to occupy the centre and started fighting, locals said.

They vandalised EVMs and swooped on the polling officials.