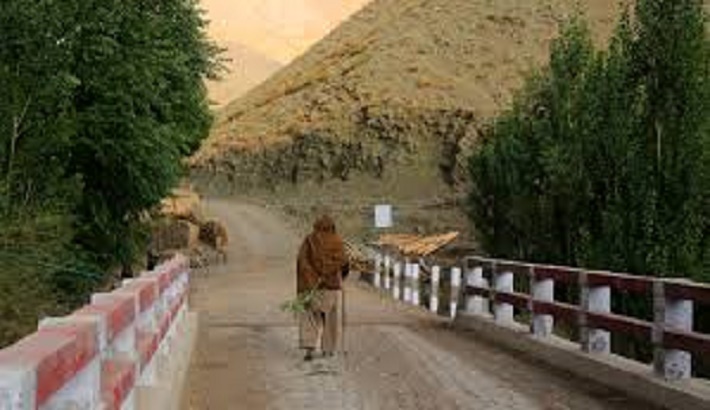 Cost and time of a key project to construct important bridges on rural roads is set to rise by a large margin as the scheme has been limping for more than 3.5 years.

“Construction of Important Bridges on Rural Roads” project, designed to build 130 rural bridges in 94 upazillas, was supposed to be complete during the January 2017-June 2021 period. However, the project has so far advanced only 17 per cent.

In this context, the project is going to be revised to hike the project cost by Tk 25.30 billion or 66.44 per cent to over Tk 64.57 billion, while its time is being extended by 3 more years up to June 2024, Planning Commission sources said.

The planning commission has already finished necessary scrutiny on a project revision proposal of LGED and may table it at the next meeting of Executive Committee of the National Economic Council (Ecnec) for approval, sources added.

“I can’t specifically say about the project, but LGED has a total of 117 projects ongoing now most of which are moving slowly,” said Habibul Aziz, Additional Chief Engineer (planning, design and research unit) of LGED.

Delay in preparing design and getting information, less than yearly required allocation and delayed tendering are the main reasons behind the slow project of those projects, he pointed out.

About the cost hike, LGED argued that the length of the bridges increased as they are being aligned with BIWTA required horizontal and vertical clearance and the hydrological and morphological study.

BIWTA has a directive for constructing bridges on the 2nd category rivers with at least 76.20 metres horizontal clearance for long spans.

Cost of the project was estimated according to the 2015-16 work rate schedule, but after the delay, the rate has to be estimated in line with the 2019-20 rate schedule.

The project eyes to create an improved rural road network to enhance farm and non-farm production and their marketing alongside developing the socio-economic condition of people in rural areas.

Out of Tk 39.27 billion original project cost, LGED managed to spend only 5.13 billion or 13 per cent of the money until June this year.

Only nine bridges have so far been complete while 74 are under construction, tenders have been floated for another 15 while six are at the designing stage.

The project had a problem from the very outset as it had not been surveyed properly. Important issues like bridge height, clearance and water flow were not taken into account, which created a problem at the implementation stage, according to planning commission officials.

LGED’s engineer Habibul said argued that floating of new tenders after the cancellation of tenders takes much time. Contractors stop work after any price hike of materials.  Tender cancellation and appointing new contractor have to go through a hectic process.

In the case of constructing bridges, construction of approach road required extra land acquisition, which consumes much time as well, according to him.