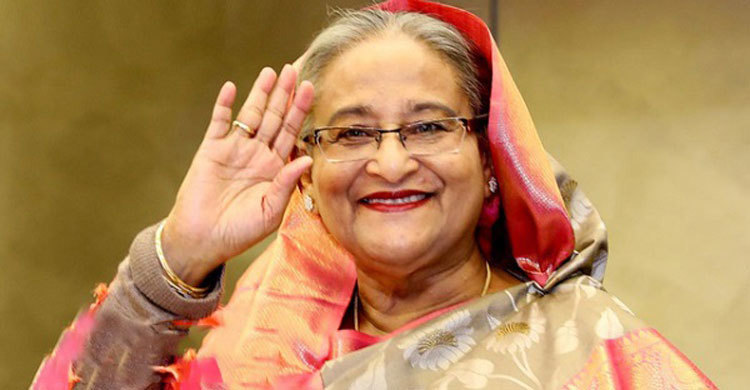 Prime Minister Sheikh Hasina is going to launch the nationwide Covid-19 vaccination programme today, raising new hopes for an end to the pandemic.

She will open the drive, which will formally begin on February 7, through videoconferencing from her official residence Ganobhaban at 3:30pm, Health and Family Welfare Minister Zahid Maleque said on Tuesday.

The inaugural session will be held at Kurmitola General Hospital in the capital.

After launching the vaccination, the prime minister will virtually witness the administration of vaccine to five people.

The vaccination programme, covering the entire country, will add another feather to government’s achievements as it has successfully procured the vaccine in time for the country’s people.

Sources at the Health Ministry said Runu Veronica Costa, a senior staff nurse of Kurmitola General Hospital, will first receive the vaccine at the inaugural function. Around 25 front line fighters, including healthcare providers, are set to take the vaccine at the hospital today.

Three physicians, including Dr Ahmed Lutfar Mobin of the Medicine department, and two other senior staff nurses -- Munni Khatun and Rina Sarkar -- have been enlisted among others as vaccine receivers on the first day.

Visiting the arrangement for the inauguration ceremony at the hospital, the health minister said a dry run of the Covid-19 vaccination was held there on Tuesday. “The arrangement is good here,” he said.

He said the government will start the nationwide vaccination programme on February 7.

The first vaccine receivers will remain under observation for seven days to see whether they show any side effect, he said.

Meanwhile, the online registration for the Covid-19 vaccination will open in the country after the inauguration of the nationwide inoculation programme today.

Robed Amin said a total of 7,343 centres will be set up all over the country, including 324 in the capital, to run the vaccination drive.

“There’ll be two vaccination centres in every upazila health complex while four in district level hospital and eight in medical college or specialised hospital. However, all centres may not start work at the same time. The vaccine centres will work as per the need,” he said.

Each of the vaccination teams is comprised of two vaccinators and four volunteers while the vaccinators include nurses, sub-assistant community medical officers and family welfare inspectors.

Volunteers from different organisations, including Bangladesh Red Crescent Society (BDRCS), will work in the vaccination programme.

Around 15,000 trained BDRCS volunteers will directly join the vaccination programme across the country, including Dhaka, said the organisation in a statement on Tuesday.

Some 150 volunteers have initially started work for the Covid-19 vaccination programme at hospitals, including Kurmitola General Hospital in Dhaka.

As part of this, 50 volunteers participated in a rehearsal at the hospital on Tuesday afternoon.

They will also be able to enroll visiting vaccination centres physically, said the health minister on Tuesday.

The government has also allowed antibody test to determine whether those vaccinated developed antibodies against the virus, he said.

Bangladesh has now 7 million doses of the vaccine, developed by Oxford University and AstraZeneca and manufactured by the Serum Institute of India, in stock.

The Directorate General of Drug Administration (DGDA) on Tuesday approved the vaccination with the Covishield vaccine.

“Samples from every vaccine lot have been thoroughly examined. The vaccination drive will begin tomorrow using these doses,” Maj Gen Mahbubur Rahman, director general of the DGDA, said.

The government has planned to inoculate 16 million people with 32 million doses of vaccine in the first phase with each getting two shots.