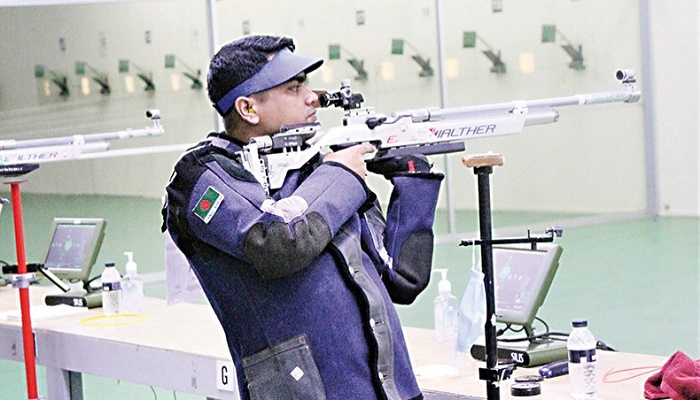 Country’s top-shooter Abdullah Hel Baki is eyeing to secure a place in the final of the upcoming Asian Online Shooting Championship, scheduled to be held January 28-30.

Baki and 11 other shooters from Bangladesh will take part in the competition.

Baki, who finished top in men’s category in the two-day qualifiers scoring the highest 1254.1, will take part in the 10m Air rifle along with his compatriots Rabbi Hassan (second) and Rabiul Islam (third).

Sayeda Atkia Hasan Disha, who finished top in the women’s category of qualifiers scoring the highest 1237.1, will compete in the 10m Air rifle along with Farbin Chowdhury (second) and Nafisa Tabassum (third).