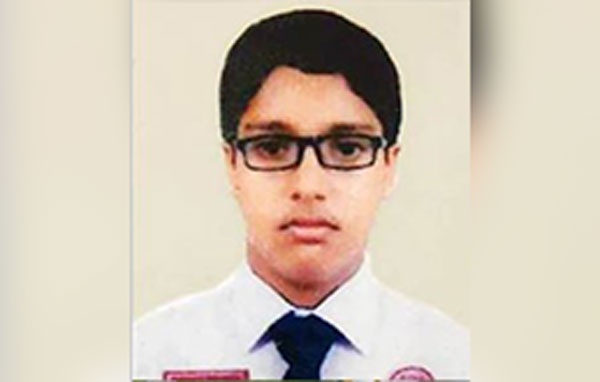 A Dhaka court adjourned till April 12 the hearing of a case lodged over the death of Dhaka Residential Model College student Naimul Abrar Rahat, against nine people including the editor of daily Prothom Alo Motiur Rahman.

Today was fixed for recording depositions of the witnesses, but Advocate Prashant Kumar Karmakar, lawyer of daily Prothom Alo editor Motiur Rahman pleaded for time as the matter has been stayed for six months for his client by the High Court.

The court on November 12, 2020, framed charges against the nine accused in the case, dropping name of another accused Editor Anisul Hoque of Kishor Alo, a publication of the Prothom Alo, from the case.

The court on October 1 had accepted the probe report in the case. Dhaka Metropolitan Magistrate Mohammad Jasim on September 20 transferred the case to this court as it got ready to initiate the trial.

Ninth grader Naimul Abrar Rahat died after being electrocuted behind the stage at an event organised by the ‘Kishor Alo’ at Dhaka Residential Model College ground on November 1, 2019.

On November 6, 2019, Rahat’s father Mojibur Rahman filed the case with the court in this connection.