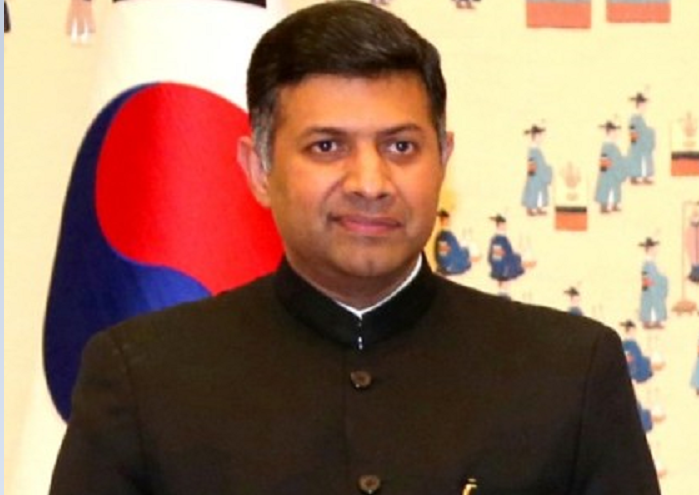 Indian High Commissioner Vikram Kumar Doraiswami on Tuesday said they want to restart issuing tourist visa as soon as possible, noting that they are waiting to see the Covid-19 situation is normalised with vaccination in Bangladesh and India.

"...Hopefully soon. We would really want to start it,” he told reporters at the High Commission, adding that people will have more confidence with vaccination in Bangladesh and India.

The 72nd Republic Day was celebrated at the High Commission of India, Dhaka with members of the Indian community and with social distancing norms in place.

He said they believe that India and Bangladesh must progress together and even during the Covid-19 situation, they wanted to work as closely as possible with their neighbors, particularly with Bangladesh.

This is why, Doraiswami said, Bangladesh is one of the first countries to receive vaccine from India, both as gift and through commercial procurement.

He hoped that the roll-out of vaccination in Bangladesh would be as fast as possible as he quoted World Health Organization (WHO) Director General Dr Tedros Adhanom Ghebreyesus saying no one can be immune alone from this disease.

In a first, a Bangladeshi tri-service contingent led India's Republic Day parade on the iconic Rajpath in the heart of the national capital on Tuesday.

The tri-service contingent, led by Lt Col Mohatsim Haider Chaudhury, comprised of the Bangladesh Army in the first six rows, followed by two rows of the Navy and two rows of the Air Force in the end.