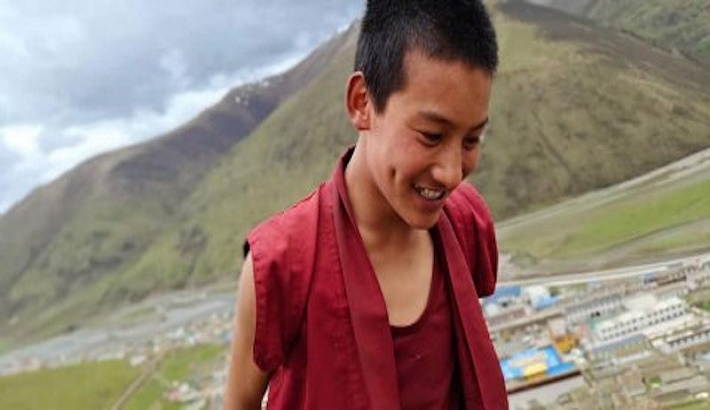 A 19-year-old Tibetan monk has reportedly died of injuries sustained in Chinese prison on January 19 in Tibet after he was released in comatose state by Chinese authorities, rights group Free Tibet said Friday.

Tenzin Nyima (also known as Tamey) who was a monk from Dza Wonpo Monastery in Wonpo Township in Kardze, in eastern Tibet’s so-called Sichuan Province held a peaceful demonstration outside the local police station calling for Tibet’s independence. He was arrested on 7 November 2019. Four other young Tibetan monks were also arrested for boldly expressing their steadfast solidarity in a social media post saying “the spirit and dignity of Tibetan people is in our blood and can never be extinguished”.

Tenzin Nyima was released in May 2020 but arrested again on 11 August 2020 for sharing the news of his arrest and contacting Tibetans in exile in India, Free Tibet said citing confidential sources.

In October 2020, Nyima’s family were told by the police that his health condition had deteriorated and he was now in a comatose condition. The subsequent financial burden ensued as his family admitted him to hospitals in the city of Chengdu, as well as another in Dartsedo on 1 December. “However, his relatives were informed that his condition was terminal. The relatives brought him home at last, and sources in India told Tibet Watch that Tenzin Nyima died on 19 January,” Free Tibet said.

Kunsal, aged 20, Choegyal and Yonten were sentenced four years. Sotra was sentenced to three years in prison and Tsultrim, aged 16, was sentenced for one year in prison. All of them were found guilty of “inciting separatism”. Another Tibetan monk, Nyimay, who leaked the information to social media sites was also found guilty of inciting separatism and received the longest sentence – five years in prison.

“Tenzin’s killing is emblematic of the brutality of China’s occupation of Tibet and the flagrant disregard for Tibetan life. The moment Tenzin Nyima was detained he was placed at the mercy of the police; it was effectively a death sentence,” Free Tibet’s Campaigns and Advocacy Manager, John Jones, said in a statement.