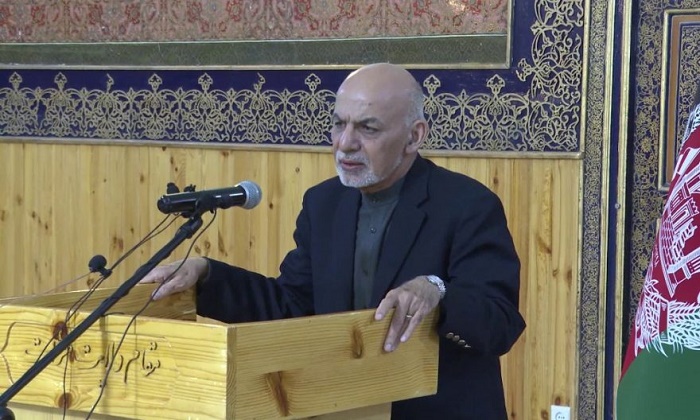 President Ashraf Ghani while addressing a press conference on Thursday stated that the Taliban should cut ties with Pakistan and that they should not have a safe haven in there.

“One of the basic needs for peace in Afghanistan is that the Taliban should cut their ties with Pakistan. If they call themselves Afghans and want to be in Afghanistan; they should not have dual citizenships,” Ashraf Ghani was quoted by Ariana News.

The Afghan president also urged Pakistan to play a positive role in the Afghan peace process.

“I urged PM of Pakistan to tell Taliban that there is no solution without a political settlement,” said Ghani.

The President has also criticized the interim government plan, emphasizing a democratic process for the power transfer.

Ghani stated that he will transfer power to the Taliban if they are elected by the people in the elections.

Ghani added, “We hope for peace, but we are ready for every danger,”, he also indicated that in the final steps, the people of Afghanistan will decide the outcome of negotiations.

This comes as peace negotiators in Doha are busy discussing the Afghan peace process.