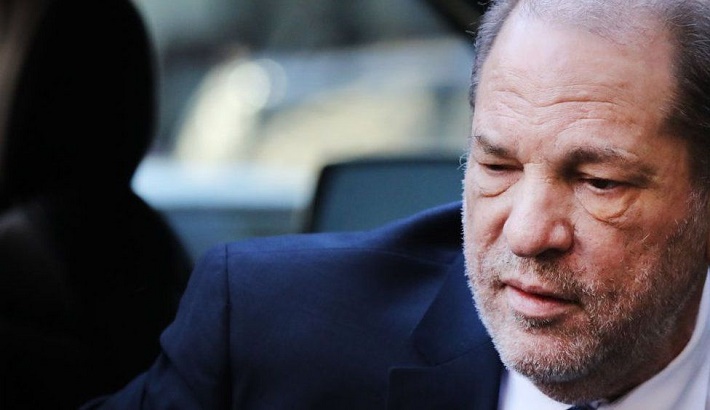 A US bankruptcy judge has agreed a $17m (£12.4m) payout to women who accused disgraced film director Harvey Weinstein of sexual misconduct.

Weinstein, 68, was convicted last year and jailed for 23 years for rape and sexual assault.

The payout for his victims will come from the liquidation of the Weinstein Co, which filed for bankruptcy in 2018.

The judge overruled an objection from some accusers looking to pursue appeals outside of bankruptcy court.

Judge Mary Walrath said without the settlement, the plaintiffs would get "minimal, if any, recovery."

The Weinstein Co was set up as an independent film studio with the disgraced Hollywood mogul one of its co-founders.

The $17m fund will be divided among more than 50 claimants, with the most serious allegations resulting in payouts of $500,000 or more.

The settlement was put to a vote of Weinstein's accusers, with 39 voting in favour and eight opposed.